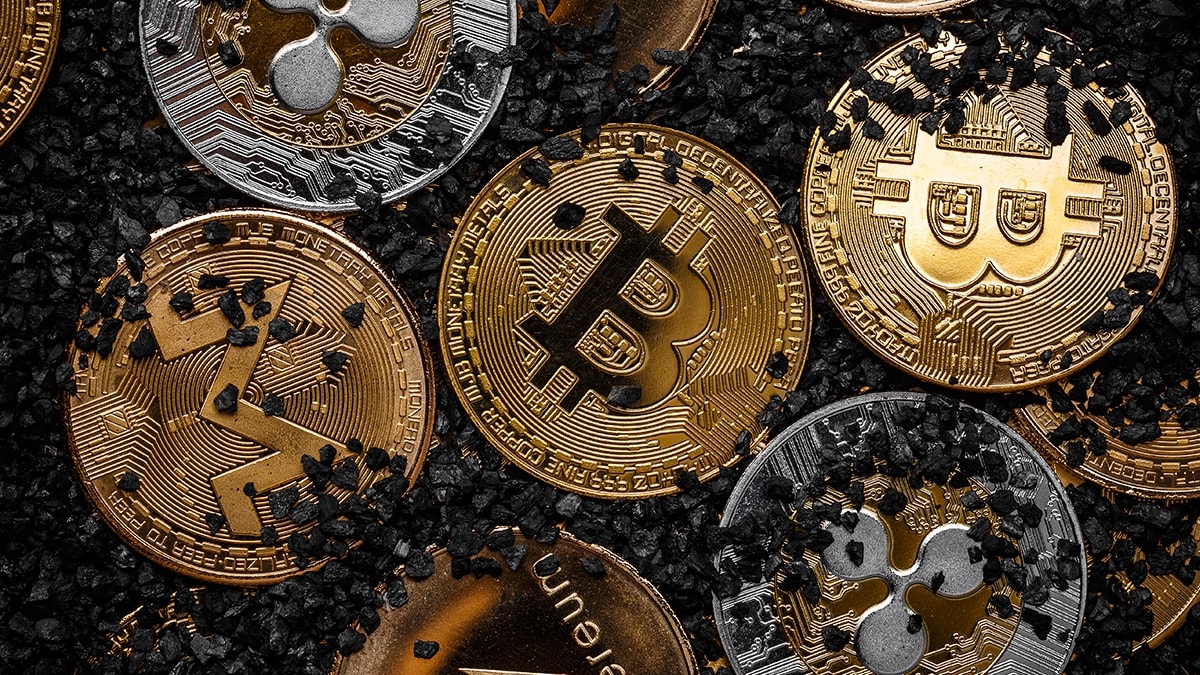 We often hear about cryptocurrencies that have hit incredible values, but plenty of digital assets perform the opposite way.

It hasn’t been an easy year for crypto, with Bitcoin dropping like a stone and Ethereum seeing market value half in a few months.

So, we looked at the ten worst-performing cryptocurrencies of 2022 and the factors contributing to their decline.

Filecoin is a cloud storage blockchain network that provides data storage for multiple apps, including Estuary, Chain Safe and Space Storage. As a competitor to Google Drive and Dropbox, the idea is that Filecoin is cheaper and more secure.

The crypto reached a high in September 2021 with a £103.79 valuation but was impacted by a mass investor sell-off.

Analysts cannot pinpoint a specific reason explaining the sudden decline, but a partial recovery towards the end of January did little to stop the downward trajectory.

Despite being one of the most played blockchain games with over a million players, Axie Infinity lost 85 per cent of its token value in the first seven months of 2022, falling from £81.20 to £12.04.

Once tipped for success as a popular play-to-earn NFT game, the network suffered from a hacking breach in April 2022, where criminals infiltrated the underlying blockchain and stole 174,000 ETH and £22.5 million work of USDC with a total theft worth about £532 million.

AXS had already been dropping with falling daily players and issues with changes to the gameplay infrastructure, but the successful hack expedited a downward movement.

Several crypto analysts expected Solana to become a heavy hitter, with a proof of stake model that can process 3,000 transactions a second as a scalable crypto network.

Although it remains the ninth highest ranked token on CoinMarketCap, SOL has fallen over 80 per cent in value, slumping to £29 from a peak of £224.99 in November last year.

This changed course in May when a dApp called Candy Machine put a newly minted NFT for sale mistakenly using a fixed price, inadvertently prompting bots to overwhelm the SOL network with millions of transactions that ultimately caused it to crash.

Solana developers fixed the issue within a few hours and have said they have since corrected the weakness, but investors don’t seem convinced.

Avalanche was a winner in 2021, validating a transaction in four seconds and providing returns of over 3,100 per cent – but in 2020, the cryptocurrency lost most of those gains.

The layer one blockchain hosts networks and dApps, harnessing a unique scalable architecture which allows users to deposit crypto into smart contracts and earn yields.

Between April and May, things turned sour, with daily transactions plummeting from 900,000 to 200,000, worrying investors and causing users to turn elsewhere.

Cronos is a Crypto.com trading token where users earn CRO using their debit card, a little like cashback paid in crypto. In January, one CRO traded for £0.51, dropping to £0.27 in four months.

On May 1 2022, Crypto.com decided to reduce the rewards available to some cardholders by a considerable margin, causing Cronos to crash by 30 per cent in seven days.

There were a record number of Algorand users in 2021, a proof of stake network that can handle a million daily transactions and up to 1,000 a second. In addition, Algodex and Tinyman are hosted on Algorand, each with over 1,000 users.

The decentralised open-source network was built to offer greater speed, security and scalable capacity than other blockchains and reached £2.45 per ALGO in September 2020.

When the developer confirmed a FIFA World Cup sponsorship deal in May 2022, the coin had already dropped to £0.54 from £1.44, and while the announcement helped prices recover, it was short-lived.

Flow has experienced an 83 per cent fall in 2022 thus far, although there are no clear reasons that investors decided to sell, and the cause may be attributable to the bear market.

The layer one smart contract and blockchain platform is decentralised and allows developers and users to earn rewards, with FLOW used to pay transaction fees.

Flow can manage 10,000 transactions a second with validation speeds of 2.5 seconds as a proof of stake network that features the Solitaire Blitz card game with 21,000 active users.

Polygon launched in 2012 and was a front-running proof of stake network. The network hosts Ethereum apps, with play-to-earn games like Sunflower Land.

In January 2022, investments in Polygon apps and games totalled £4.71 billion, which has since reduced to under £1.73 billion, presumably due to the market conditions since there haven’t been any events that would prompt such a sell-off.

Today MATIC is ranked as the 12th largest crypto with a £6,940 million market cap but has work to do to reach anywhere close to its previous peak value.

SAND is the native token used on the voxel gaming platform – it is a virtual world within the metaverse where users build, buy, sell and create digital assets, with items verified as NFTs outside the game.

Partnerships include The Walking Dead, Care Bears and The Smurfs, among other globally recognised brands, with plenty of investors tipping SAND last year.

Despite a successful alpha test in November 2021, the bear market saw the token drop from £5.12 in January to £1.04 in July, representing a slightly less than 80 per cent decline.

Internet Computer blends a private centralised blockchain with a public network and works like a cloud computing solution with over 70 dApps, including OpenChat, InfinitySwap and ICMoji Origins.

Analysts suggest that the token distribution system has been part of the problem, where investors transferred £1.73 billion of ICP tokens to exchanges, prompting other traders to sell quickly, assuming a large sell-off.

10 Worst Performing Cryptos Of 2022 FAQWhy have the values of so many cryptocurrencies fallen in 2022?

Much of the drop was caused by the collapse of TerraUSD, when LUNA became worthless, exposing several big crypto firms to significant losses and causing investors to lose confidence.

When will crypto markets recover?

Markets tend to work in cycles; in crypto, this is assumed to be a four-year process. If predictions are correct, crypto will rebound in 2024, although there are no guarantees, and other economic factors may affect the anticipated recovery.

How much money has the crypto market lost in 2022?

Following a big rally in 2021, crypto markets have lost approximately £1.64 trillion, with even Bitcoin falling by 68 per cent compared to its peak value.

How can you tell a cryptocurrency is about to drop?

There are multiple reasons crypto may crash, related to specific events, loss of investor confidence, hacking breaches or other security concerns. Traders monitor crypto closely and look for activities that may indicate a potential sell-off or another occurrence that may prompt prices to fall.

Will crypto continue to fall in 2022?

Recovery takes time, and although no one knows for sure, crypto traders and analysts expect the market to fall further before starting to bounce back in the two years ahead.

Below is a list of related articles you may find of interest.