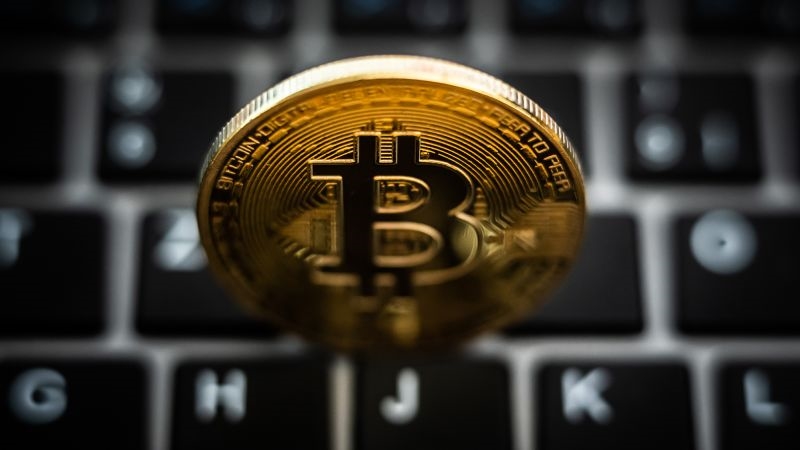 The stunning downfall of FTX, one of the largest cryptocurrency exchanges, sent shockwaves through the crypto universe last week. Sam Bankman-Fried, the 30-year-old crypto titan and chief executive of FTX, watched billions of his fortune evaporate in a bankruptcy filing that shook the trillion-dollar industry to its core. The pain likely isn’t over for investors.

What’s happening: JPMorgan analysts are now predicting another 25% drop for bitcoin in the coming weeks.

That’s in part due to the continued fallout from FTX as well as a different challenge that has been hitting crypto already: In addition to hiking interest rates, the Federal Reserve has been shrinking its balance sheet since June, removing money from financial markets to cool the economy in its fight against inflation. Those efforts mean capital is drying up – and that’s not just bad for crypto but other asset classes including stocks, too.

The big picture: It’s been a very rough time for crypto investors: The value of Bitcoin, the biggest cryptocurrency, has fallen by more than 75% to $15,984 since this time a year ago.

Cryptocurrencies enjoyed huge injections of money during the pandemic era thanks to the Federal Reserve’s easy money policy. The central bank kept interest rates near zero and infused the balance sheets of big banks with cash by purchasing vast sums of bonds and other assets.

That’s no longer the case. In recent months inflation has soared, interest rates have been lifted, and that cash has dried up. That’s bad news for digital assets, which are considered by Wall Street analysts to be sponges for that excess money.

JPMorgan analysts say that the Fed’s policies will create a large drag on the availability of cash for investment well into next year. “In all, the slowdown in global money growth looks set to continue over the coming year, with some contraction looking likely in the US,” wrote JPMorgan strategist Nikolaos Panigirtzoglou in a note.

Less money means more risk-aversion and investors are stopping out of crypto. Now other digital asset platforms like Solana are also facing a cash crunch.

The spread: Other risk-sensitive sectors like Big Tech are facing similar problems.

Declines in the information technology sector, which includes companies like Apple, Alphabet and Microsoft, accounted for 44% of the decline of the entire S&P 500 this year through October.

The reaction makes total sense, said David Holt, an analyst with investment research firm CFRA. The Federal Reserve essentially “dropped money into the economy from a helicopter for a decade and then quickly took away the punchbowl,” he said. “That’s caused high-risk and high-growth sectors like crypto to unravel. That mentality shift has also created an overhang in other pockets of the economy like technology.”

Another victim: The US housing market has also been hurt by the shift in Fed policy.

The Federal Reserve was one of the biggest buyers of home loan debt during the pandemic. As a result, those mortgage-backed securities began to sell-off, and mortgage rates rose significantly. They now sit above 7%, up four percentage points from a year ago and buyers’ purchasing power has plummeted. Sales have dropped for eight months running, according to the National Association of Realtors.

Markets applauded a move by China to ease its Covid restrictions last week. The yuan rose to its strongest level in more than a month, and travel stocks listed in Hong Kong jumped on the news.

And Chinese authorities are trying to end a crisis in the country’s vast real estate sector that has weighed heavily on the economy over the past year. In what could be a key turning point, Beijing on Friday unveiled a 16-point plan that reverses a crackdown on lending to the sector. Shares of China’s biggest developer soared as much as 52% in Hong Kong on Monday.

But investors still may want to proceed with caution.

As my colleague Laura He has reported, China has been beset by severe economic problems. Growth has stalled, youth unemployment is at a record high and the housing market had been collapsing.

The International Monetary Fund recently cut its forecast for China’s growth to 3.2% this year, representing a sharp slowdown from 8.1% in 2021. That would be the country’s second lowest growth rate in 46 years, better only than 2020 when the initial coronavirus outbreak pummeled the economy.

Barclay’s has also cut its forecast for China’s economic growth next year based partly on expectations of a drop in global demand for Chinese goods and the deepening property market downturn. The sector, which accounts for as much as 30% of China’s GDP, has been crippled by a government campaign since 2020 to rein in reckless borrowing and curb speculative trading. Property prices have been falling, as have sales of new homes.

This year, Alibaba did not disclose the final sales tally of the shopping festival for the first time since it began in 2009, saying instead that the results were in line with last year.

Last year wasn’t impressive either. In 2021, sales for Singles Day rose 13%, “the smallest advance ever,” according to an analysis by Bain & Company.

Consumers were feeling worse about the US economy in November, according to a closely followed University of Michigan survey released Friday.

The preliminary index reading from the monthly Surveys of Consumers showed sentiment fell to 54.7, from 59.9 in October. Economists were expecting sentiment levels to tick down to 59.5, according to estimates on Refinitiv.

It’s the lowest reading since this summer when sentiment bottomed out after gas prices hit a record high in June.

Why it matters: The Fed is closely watching for shifts in consumer expectations to determine if inflation is becoming entrenched in the United States: If consumers believe prices will remain high, that could factor into increased wage demands which, in turn, could cause businesses to raise prices.