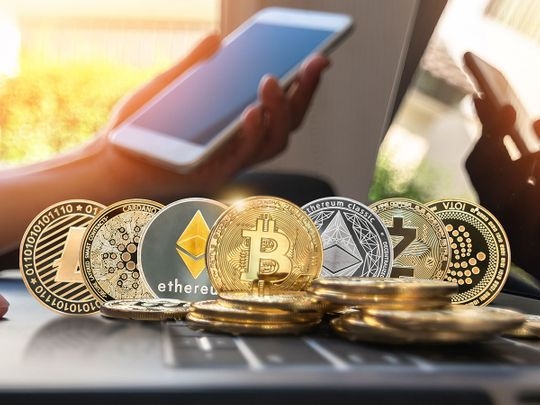 Bitcoin dipped below $40,000 for the first time since September, putting it on pace for its worst start to a year since the earliest days of the digital alternative to money.

The original cryptocurrency bounced off the lows of the day after falling as much as 6 per cent to $39,774, bringing its loss this year to about 14 per cent. The decline is the largest for a start of the year since at least 2012. It has slumped more than 40 per cent since reaching an all-time high of almost $69,000 in early November.

“It has had a pretty shocking start to 2022,” said Fiona Cincotta, senior financial markets analyst at City Index. “There’s a lot going on. We know that Bitcoin is volatile but even for Bitcoin, we’re seeing some really big moves.”

Dismal start for crypto in 2022

Bitcoin, created in the wake of the 2008 global financial crisis by an anonymous individual or group that went by Satoshi Nakamoto, has still gained almost 500 per cent since the end of 2019. It first began trading in 2009 and pricing information from during the early days is limited.

Shocking start for cryptocurrencies in 2022.

The COVID-19 pandemic helped Bitcoin break further into the mainstream as institutions and retail investors got involved with the crypto market and its ancillary projects while governments and central banks provided record amounts of stimulus. Now that the US central bank has taken on a more agressive policy stance, riskier assets like stocks and digital assets have suffered.

Cryptocurrencies are likely to remain under pressure this year. Bitcoin could end 2022 below $20,000.

“Cryptocurrencies are likely to remain under pressure as the US, the world’s largest economy, reduces its liquidity injections,” said Jay Hatfield, chief executive of US-based Infrastructure Capital Advisors. “Bitcoin could end 2022 below $20,000.”

Bloomberg Intelligence’s Mike McGlone said $40,000 is an important technical support level for the digital token. Cryptocurrencies are a good barometer for the current reduction in risk appetite. But he projects that Bitcoin will eventually come out ahead as the world increasingly goes digital and the coin becomes the benchmark collateral.

Crypto to stay under pressure

“Tighter Fed policy affects not only interest rates but the equity risk premium as the Fed withdraws funds from the capital markets. Riskier investments such as unprofitable tech, meme stocks and cryptocurrency are disproportionately affected relative to the rest of the market since those investments are approximately twice as volatile as the overall market so have double the risk premium as the average stock,” said Hatfield.

Digital asset investment products saw outflows totaling a weekly record of about $207 million, according to data compiled by CoinShares. Bitcoin saw about $107 million in outflows, the asset management firm said.

Noelle Acheson, head of market insights at Genesis Global Trading, noted said Bitcoin’s slump appears to be driven more so by short-term traders of the coin than long-term holders. In fact, her analysis shows that long-term holders are “buying the dip.”

Many headwinds in crypto’s near-term: Analysts.

Many headwinds in crypto’s near-term

A weak start to 2022 and a host of looming macro and technical headwinds are setting cryptocurrencies up for a rough ride in the weeks to come. The biggest of them, Bitcoin, has not managed to hold above the $50,000 mark since its December 4 crash and is down this year.

Far from being the hedge against inflation or the uncorrelated alternative asset it was sometimes plugged as, Bitcoin has suffered disproportionately, losing 40 per cent from its peak in November, as the Federal Reserve and other major central banks spelt out plans to raise rates and remove monetary stimulus.

What are investors next steps?

Justin D’Anethan, a Hong Kong-based cryptocurrency analyst, points to how the leverage ratio – which tracks the open interest across cryptocurrency trading venues relative to Bitcoin currency reserves – has been growing despite the liquidation of bitcoin holdings, which could be a sign of more short positions being accumulated in the currency.

Investors had turned to favouring “puts” even in options, he noted. On analytics platform CryptoQuant, the bitcoin leverage ratio across exchanges has risen to 0.22 from 0.15 a month ago. Bitcoin’s market capitalisation has dropped to around $793 billion, crypto platform CoinGecko estimated. It has lost about $93 billion since the start of this year.

Demand for crypto ETFs plunge in the start of 2022.

Analysts Dalvir Mandara and Bilal Hafeez at research firm Macro Hive pointed to outflows from cryptocurrency exchange-traded funds and the reduced profitability of incoming bitcoin as reasons to be bearish.

Yet, among a mixed bag of indicators, they pointed to the slowing growth in bitcoin open interest as suggesting hesitation among investors and a positive funding rate for perpetual futures as a sign traders are still willing to pay, albeit low amounts, to keep their bitcoin longs.

Even as stocks linked to cryptocurrencies broadly mirrored the fall in prices of digital assets, a few stocks managed gains as they announced new ventures and offerings. Shares of meme stock GameStop Corp jumped 7 per cent on Friday on plans to launch a division to develop a marketplace for NFTs and establish cryptocurrency partnerships.

Blockchain infrastructure firm BTCS surged over 44 per cent on January 5 after announcing it would offer Bitcoin dividends, called bividends, to its shareholders who choose to opt for it. While in cryptoland, Bitcoin-at-$100,000 calls are rampant, on Wall Street, it’s not so much.

Only 5 per cent of clients polled by JPMorgan Chase & Co. said they see the digital coin reaching $100,000 before the end of 2022. More than 40%, though, saw it above $60,000, where it was roughly two months ago before it commenced its latest stretch of declines.

“I’m not surprised by Bitcoin bearishness,” said Nikolaos Panigirtzoglou, a strategist at the bank and an author of the research note that included the survey. “Our Bitcoin-position indicator based on Bitcoin futures looks oversold.” He added that the coin’s fair value is between $35,000-$73,000, depending on what investors assume about its volatility ratio versus gold.

Bitcoin’s chances of soaring in 2022 dim

Bitcoin’s chances of soaring in 2022 dim

The largest digital asset by market value has dropped about 40 per cent since reaching a high of almost $69,000 in November. Still, even amid the turbulence, many analysts have said they foresee it going to $100,000 in the new year. That may well happen – the coin has an ability to shock disbelievers time and again, though market-watchers agree that the path to that threshold may be rougher with a more-hawkish Federal Reserve.

The latest stretch lower in crypto is happening as odds rise that policy makers could commence a series of rate hikes as soon as March – and that’s just one of several steps they’re set to take in removing liquidity. In such an environment, speculative investments lose their luster. The Bloomberg Galaxy Crypto Index has lost roughly 13% to start the year, while Bitcoin has notched its worst start to a new year since its earliest days.