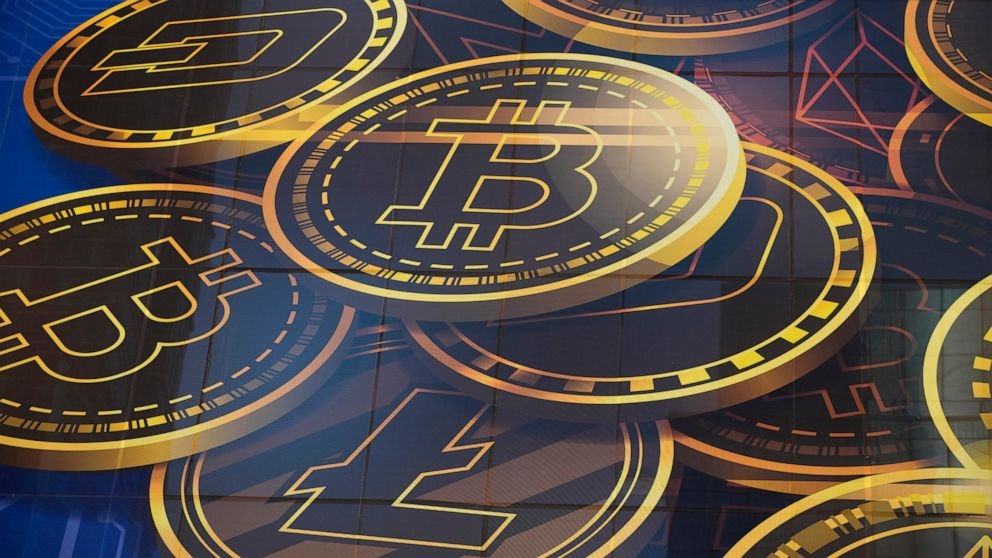 FILE – An advertisement of Bitcoin, one of the cryptocurrencies, is displayed on a building in Hong Kong, on Nov. 18, 2021. Crypto exchange Bittrex was fined $24 million by U.S. authorities on Tuesday, Oct. 11, 2022, for helping clients evade U.S. sanctions in places such as Syria, Iran and Crimea. (AP Photo/Kin Cheung, File)

NEW YORK — Bitcoin slumped to a two-year low and other digital assets sold off following the sudden collapse of crypto exchange FTX Trading, which has been forced to sell itself to larger rival Binance.

Bitcoin traded around $17,645, and overnight fell to its lowest level since December 2020. Just a year ago, bitcoin hit an all-time high of $68,990. Ethereum, the second most actively traded digital currency, fell 10%.

FTX agreed to sell itself to Binance after experiencing the cryptocurrency equivalent of a bank run. Customers fled the exchange after becoming concerned about whether FTX had sufficient capital.

The sudden sale was a shocking turn of events for FTX CEO and founder Sam Bankman-Fried, who was hailed as somewhat of a savior earlier this year when he helped shore up a number of cryptocurrency companies that ran into financial trouble.

Shares of publicly traded companies with heavy exposure to crypto were also down in early trading after falling sharply on Tuesday.

Online trading platform Robinhood Markets fell more than 6% after sinking 19% Tuesday. Bankman-Fried’s holding company Emergent Fidelity Technology had a 7.5% stake in Robinhood as of Tuesday. Coinbase, the second-largest cryptocurrency exchange behind Binance, was down 6% in early trading.

FTX is the latest cryptocurrency company this year to come under financial pressure as crypto assets have collapsed in value. Other failures include Celsius, a bank-like company that took in crypto deposits in exchange for yield, as well as an Asia-based hedge fund known as Three Arrows Capital.