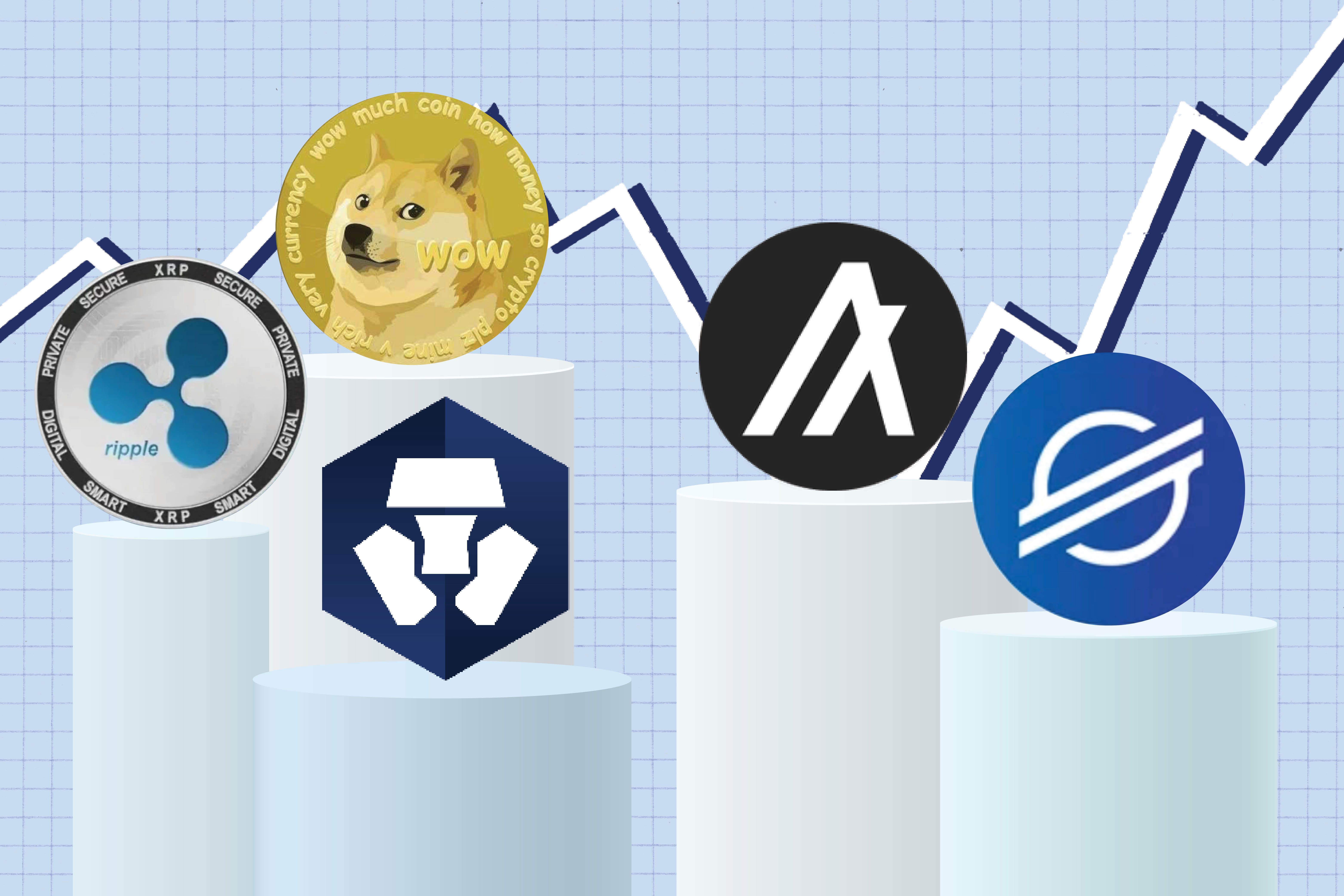 Keep An Eye On These Coins

The previous week in the crypto market has not been eventful as the one, at least in terms of prices. The news of interest rate hikes and generally portentous economic outlooks have led to markets all over the world slowing down. The ever-looming threat of a recession has also shaken up many investors.

Although market prices may not be as great as investors would like, some crypto assets still seem worth tracking. This week, Algorand (ALGO), Stellar (XLM), Ripple (XRP), Cronos (CRO), and Dogecoin (DOGE) are on the move.

Algorand (ALGO) has been one of the top gainers among the major coins this past week. ALGO has increased by 25%, and it is currently trading for $0.36.

There are obvious reasons why this might have happened. The project partnered with FIFA for FIFA + Collect, a digital collectible series. This allows fans to collect special moments from the sport.

The second possible reason is the fact that Algorand appointed former Visa and Fidelity executive, Michele Quintaglie, as its new Chief Marketing Officer. With the experience of leading teams for several Fortune 100 companies, she brings expertise in corporate communications, brand development, and marketing. The total value locked of Algorand also reached an all-time high of $263 million on September 24.

Stellar is a platform that facilitates the cross-border transfer of money through its decentralized blockchain solutions. Stellar (XLM) saw its price increase by nearly 10% over the past week, and currently, it is trading at $0.11. Its market cap saw an increase of over 10% and that figure now stands at about $2.9 billion. One contributing factor could be the fact that Tildamail, a decentralized email and storage platform, announced the integration of over 7 million Stellar accounts, which will facilitate sending and receiving private emails, files, and USDC payments.

Ripple (XRP) has been one of the biggest gainers this week, with XRP jumping by over 40% over the past seven days. There is a general consensus that the company will win the case against the SEC, which explains the massive price increase. The case is expected to reach a conclusion soon.

The Sec vs Ripple case has been going on for a long time, with many investors waiting anxiously for the outcome. There have been multiple back and forths regarding the case, and it has always been a bit of a tussle. The conclusion will bring a long-awaited end, and many are hopeful for the precedent it will set. Currently, the cryptocurrency is trading at $0.46.

Cronos (CRO) is the utility token for the Crypto.com exchange. The Cronos token is up nearly 10% compared to last week, which stands out as many other tokens have fallen within the same time frame. In addition to this, it has experienced a large increase in social activity with many mentions and engagements.

The increase in price and social activity is likely because of the Cronos Chain Ambassador Program (CROnauts). By participating in the program, the Cronos community can help market the project and contribute to its general development. The cryptocurrency is trading at $0.11.

The market’s most popular memecoin, DOGE, spiked by over 10% in the last seven days. Memecoins often vary wildly in price, but everyone likes to keep an eye on Dogecoin, given its particularly popular nature.

Buying pressure from whales might be one reason for an increase in the coin’s price. It could also be the case that some are turning their attention to Dogecoin for its mining, as The Merge has impacted proof-of-work networks in this way. By market value, Dogecoin is now the second-largest Proof-of-Work (PoW) consensus-based network, behind only Bitcoin.

Investing in cryptocurrencies and other initial coin offerings (ICOs) is highly risky and speculative, and this article is not a recommendation by Investopedia or the writer to invest in cryptocurrencies or other ICOs. Because each individual’s situation is unique, a qualified professional should always be consulted before making any financial decisions. Investopedia makes no representations or warranties as to the accuracy or timeliness of the information contained herein. As of the date when this article was written, the author does not own the cryptocurrencies mentioned above.