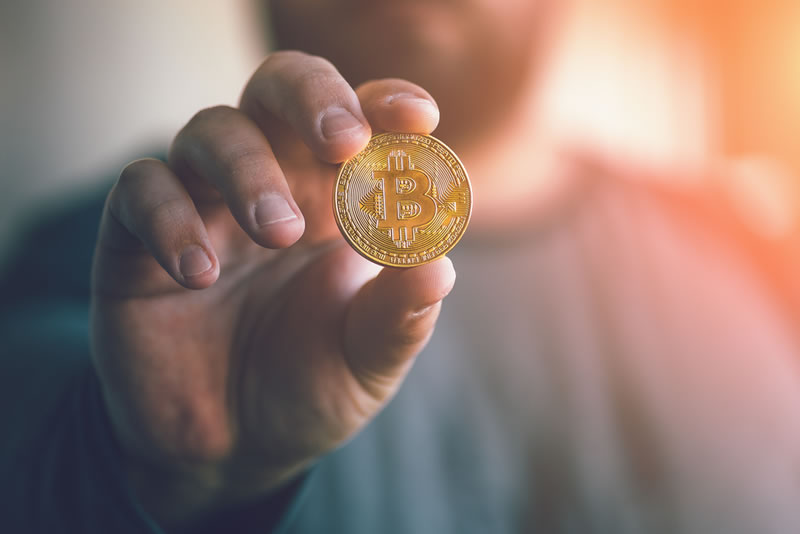 Cyber criminals are finding ways to steal your digital dollars

With so much money at stake, it’s no surprise that bad actors find new ways to use the system to their financial advantage. In 2019 alone, an estimated $4.26 billion in cryptocurrencies was lost due to hacks, cybertheft, scams, misappropriation or insider fraud, up about 250% from 2018.

“With traditional money in our banking system, there’s a paper trail, a record of transactions,” said Mark DiMichael, CPA and forensic specialist with expertise in cryptocurrencies. “With cryptocurrencies, there is no paper trail. You can move large amounts of money without having to carry around a duffel bag of cash. It could be carried on a thumb drive or sheet of paper.”

That lack of a paper trail gives scammers more opportunity to embezzle funds, rip off investors or steal cash. Still, forensic accountants and financial investigators are finding new ways to track and trace cryptocurrency transactions and reduce the fraud opportunities.

What are cryptocurrencies and why do people use them?

Cryptocurrencies offer the facilitation of digital transactions without government interference or oversight. Bitcoin, the first cryptocurrency, was created in 2009 by Satoshi Nakamoto — a still unknown person or persons — as a system of money by the people, for the people. Cryptocurrencies are held in “wallets” that can take the form of a software application, a hardware device or a physical piece of paper. Cryptocurrency transactions are visible on a public online database or “blockchain.” The blockchain shows the cryptocurrency in account numbers called “addresses,” which are often a complex string of about three dozen numbers and letters.

The currencies are based on blockchain technology, and those who create — or mine — new blocks are rewarded with cryptocurrency for their work. Blockchain is largely presumed to be completely secure. It uses a distributed ledger system that essentially requires all participating networks to agree to any new inputs, and previously recorded transactions cannot be altered. Once created, cryptocurrencies can be used to pay for goods or services or traded on exchanges like any other currency.

DiMichael says that building a block is like baking a cake. Once it’s baked, you can’t go back to add more sugar. Similarly, once information is added to a block, it cannot be altered or deleted, unless all participating networks agree.

How are cryptocurrencies used in fraud schemes?

Still, the nature of cryptocurrencies and their complex cyber ecosystem offer ample opportunity for bad actors to engage in criminal enterprises or take advantage of others.

Some of the more prevalent cryptocurrency fraud scams are:

Once a person has taken another’s cryptocurrency, little  can be done to reclaim it, says DiMichael. The funds can be routed to a variety of wallets, moved to another country, run through a laundering service or cashed out into fiat currency.

Beyond theft and scams, some individuals try to use cryptocurrencies to hide funds from the government and others.

Tax fraud is perhaps the most prominent example. The IRS announced in 2014 that it would tax cryptocurrencies as property, and added a question for tax year 2019 about whether individuals transacted in any cryptocurrencies that may be taxable. Still, some believe they can use cryptocurrencies to hide income and funds.

Divorce lawyers are also reporting more spouses try to hide funds in cryptocurrencies to prevent having to share with their soon-to-be ex-spouses.

Forensic accountants and other financial investigators are learning new tricks to better track cryptocurrencies. Clustering is a technique in which an investigator analyzes the blockchain to determine which addresses are connected.

“It’s a long, slow process,” DiMichael said of clustering. “Once you know a person’s wallet address, we can start to see the flow of money. But, it’s possible for savvy cryptocurrency users to break the trail.”

Rather, DiMichael and others warn people involved in cryptocurrencies to stay ahead of relevant fraud schemes to avoid having to track down and find stolen money.

Learn more about schemes used to defraud cryptocurrency investors, as well as the limited regulations around cryptocurrencies and tips for how to “follow the money” in a cryptocurrency exchange. The AICPA’s Forensic and Litigation Services (FLS) Fraud Task Force’s latest Eye on Fraud report, Cryptocurrencies: Forensic techniques to meet the challenge of new fraud and corruption risks, discusses the variety of schemes used to defraud investors and what CPAs and forensic accountants need to be aware of as this new market emerges. EU Supercomputers Hijacked From COVID-19 Research to Mine Cryptocurrency

European supercomputers programmed to search for a vaccine for COVID-19 were remotely hijacked last week for the purpose of mining cryptocurrency.

According to a report by ZDNet, multiple supercomputers across the European Union were compromised by a string of malware attacks that required a shutdown after it was discovered they were being used for crypto mining – also known as cryptojacking. The hackers had gained entry via stolen SSH (remote access) credentials from individuals authorized to operate the machines.

Security researcher Chris Doman, co-founder of Cado Security, told ZDNet the malware was designed to use the supercomputers’ processing power to mine monero (XMR). It is also believed a number of the compromised supercomputers were being used to prioritize research for a coronavirus vaccine, although details surrounding the hacks and the computer’s purpose appear to have been left deliberately vague.

Security incident reports came from Germany, the U.K. and Switzerland, with a potential hijack also said to have occurred at a high-performance computer located in Spain.

The first reported incident took place on May 11 at the University of Edinburgh, which operates the ARCHER supercomputer. “Due to a security exploitation on the ARCHER login nodes, the decision has been taken to disable access to ARCHER while further investigations take place,” the university announced in a public update.

To date, the ARCHER supercomputer is still down pending further security purges, as well as a reset of its system and passwords. “The ARCHER and Cray/HPE System Teams continue to work on ARCHER and getting it ready to return to service. We anticipate that ARCHER will be returned to service later this week,” the university said.

Germany-based bwHPC, an organization that coordinates research projects across supercomputers in the state of Baden-Wurttemberg, declared five of its high-performance computing clusters had to be shut down due to similar “security incidents.”

A supercomputer located in Barcelona, Spain, was also impacted on May 13, with researcher Felix von Leitner declaring in a blog post the computer had a security issue and had to be shut down.

On May 14, further incidents began cropping up with the first one coming from Leibniz Computing Center (LZR), an institute with the Bavarian Academy of Sciences. The Academy said it had disconnected a computing cluster from the internet after its security was breached.

On Saturday, German scientist Robert Helling published an analysis on the malware that was infecting a high-performance computing cluster at the Faculty of Physics at the Ludwig-Maximillian University University in Munich, Germany.

And in Switzerland, the Swiss Center of Scientific Computations (CSCS) in Zurich also shut down external access to its supercomputer infrastructure following a “cyber-incident” on Saturday.

Similar incidents have occurred in the past. Earlier this year a group of hackers known as “Outlaw” began infiltrating Linux-based enterprise systems in the U.S. in order to hijack personal computing power and mine XMR. BTC/USD dropped from $9,725,85 to $9,653.45 as the bears took charge after three straight bullish days. The SMA 50 is looking to cross above the SMA 200 and form the highly bullish golden cross pattern. The MACD shows sustained bearish momentum, while the Elliott Oscillator has had two straight red sessions.

Ripple price is dealing with increased selling pressure just like other major cryptocurrencies in the market. The third-largest digital asset is trading 1.55% lower on the day. After opening the session at $0.2053 the price adjusted lower to $0.2008 (intraday low). At the moment XRP is doddering at $0.2020.

Ethereum price recently broke out of a descending channel resistance in a bid to push further the recovery started after the nosedive to $175 support in May. The bullish momentum was particularly forceful especially when it came to penetrating the seller congestion at the 50 SMA and the 100 SMA in the 4-hour range.