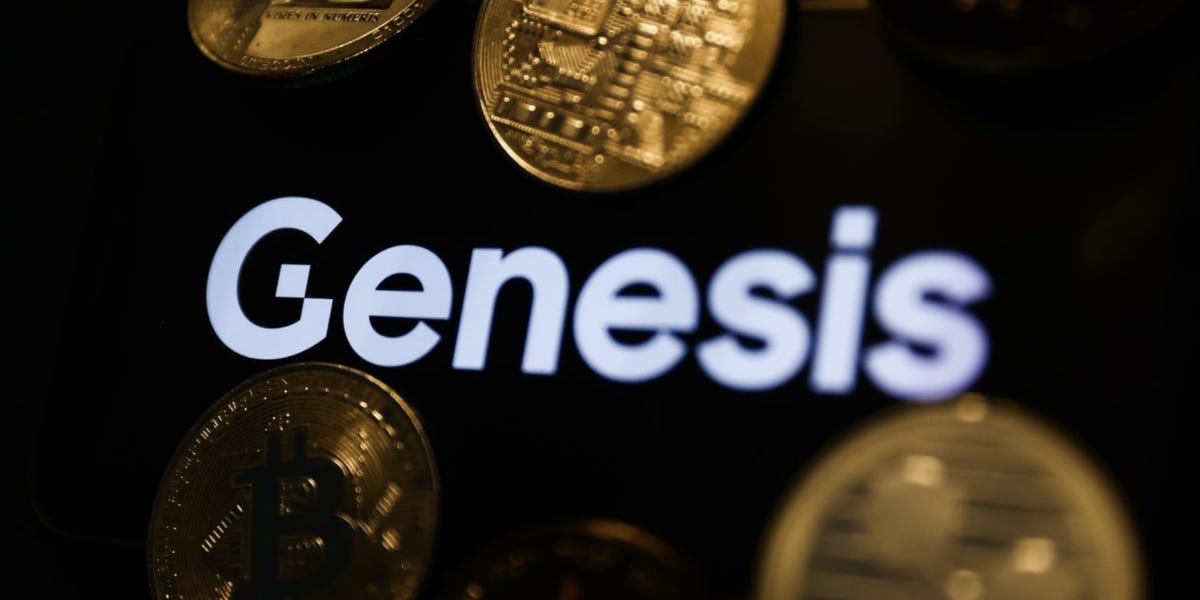 Genesis filed for Chapter 11 bankruptcy this week, the lasest casualty of the widespread fallout from the collapse of FTX.

But a number of issues were working against the crypto lender long before the FTX blowup, including executive departures, big lending exposure to beleaguered firms, and internal confusion which left many employees in the dark.

Genesis’ liquidity crisis could be traced back to a $1.2 billion hit from exposure to now-defunct crypto hedge fund Three Arrows Capital. The fund, run by former Credit Suisse traders Kyle Davies and Su Zhu, filed for Chapter 15 bankruptcy in June after a series of highly-leveraged bets on fallen algorithmic stablecoin TerraUSD and affiliated token Luna. The insolvent firm was also reportedly underwater on its positions in Grayscale Bitcoin Trust and Lido staked ether.

Zhu did not immediately respond to Insider’s request for comment, and Davies could not be reached.

Genesis had $2.4 billion in outstanding loans to the firm when Three Arrows went under, the filing reads. Genesis was only able to recover half of that. (Genesis Asia Pacific unit managed the lending relationship between Three Arrows and Genesis.)

“While we have made significant progress refining our business plans to remedy liquidity issues caused by the recent extraordinary challenges in our industry, including the default of Three Arrows Capital and the bankruptcy of FTX, an in-court restructuring presents the most effective avenue through which to preserve assets and create the best possible outcome for all Genesis stakeholders,” Derar Islim, the Interim CEO of Genesis, said in a statement on Thursday.

This is around when the “red flags” began to appear, the employee told Insider, speaking on the condition of anonymity.

“There weren’t a lot of updates, honestly,” the person said. “People we’re trying to ask questions when we did have an impromptu townhall…They wouldn’t answer it or would give a good legal answer and not really a pure answer.”

Digital Currency Group, the parent company of Genesis, said that it assumed much of the Three Arrows exposure last year. DCG said it swapped a 10-year promissory note for its $1.2 billion in claims against Davies and Zhu’s firm.

At least six top executives and high level managers exited the company from August to October of 2022.

Michael Moro, the previous CEO of Genesis, stepped down after more than six years at the firm in August. The former exec said that he was “going to take some time off here and spend it with my family, and we’ll see what I might want to get into next,” according to his LinkedIn post.

Genesis’s Chief Risk Officer Michael Patchen left only fourth months after joining the firm. He was in the C-suite from July to October of 2022, according to his LinkedIn profile.

Patchen did not immediately respond to Insider’s request for comment, but his profile reads: “Joined Genesis post 3AC; voluntarily departed after a short stay. This was prior to the events surrounding FTX.”

Kristopher Johnson, who was the Head of Risk at Genesis, left in February of 2022, per his LinkedIn profile. It is unclear whether or not this position has been filled since.

Head of derivatives’ Joshua Lim left Genesis after over two years to start his own firm, a source familiar with the matter told Insider.

Genesis declined to comment in an Insider email with a series of questions relating to this story. A spokesperson referred Insider to Genesis’ bankruptcy press release and a docket on the Kroll Restructuring website.