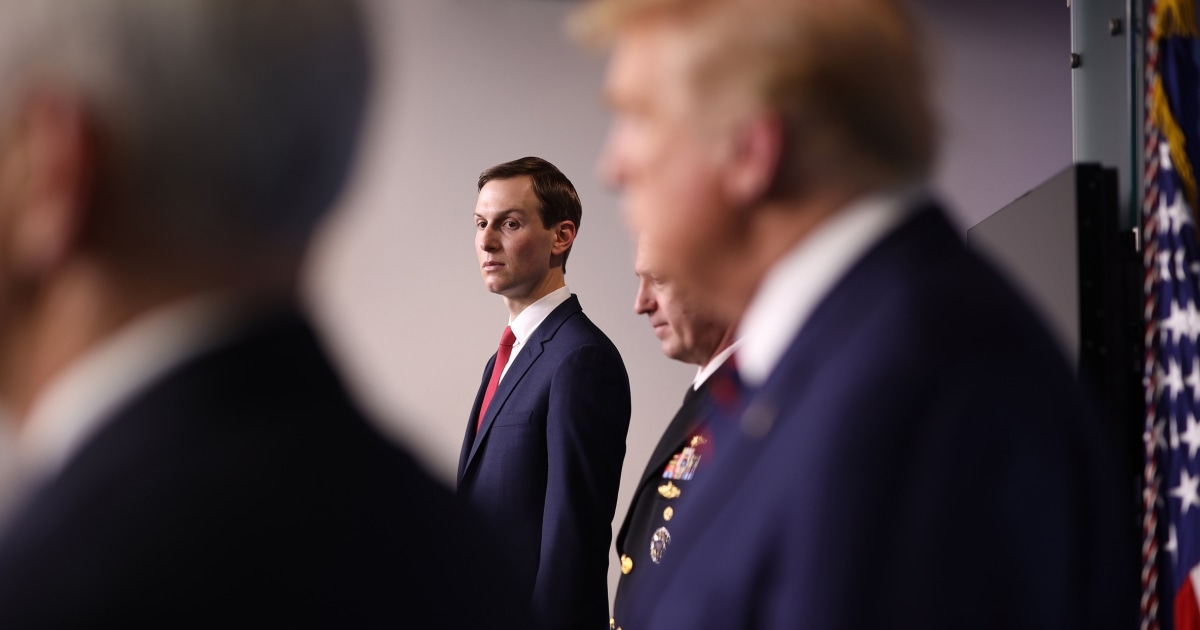 Jared Kushner was a senior adviser to his father-in-law, Donald Trump, when Trump was president.Win McNamee / Getty Images file

WASHINGTON — The House Oversight Committee has launched an investigation into a $2 billion investment by the Saudi government into a firm formed by Jared Kushner after he left the White House last year.

Chairwoman Carolyn Maloney, D-N.Y., wrote in a letter to Kushner that her committee is looking into the investment by the sovereign wealth fund of Saudi Arabia, which is controlled by Crown Prince Mohammed bin Salman, into Kushner’s firm Affinity.

The probe will focus on whether Kushner’s personal financial interests improperly influenced U.S. foreign policy while he served in the White House under his father-in-law, former President Donald Trump, Maloney wrote in the letter.

“Your support for Saudi interests was unwavering, even as Congress and the rest of the world closely scrutinized the country’s human rights abuses in Yemen, the murder of journalist Jamal Khashoggi by Saudi assassins tied to Crown Prince Mohammed bin Salman, and Saudi Arabia’s crackdown on political dissidents at home,” Maloney wrote.

The New York Times first reported the committee’s investigation. In a statement to the newspaper, a spokesman for Kushner said, “While achieving six peace deals in the Middle East, Mr. Kushner fully abided by all legal and ethical guidelines both during and after his government service.”

Maloney said the investigation will help inform the committee about whether federal ethics laws need to be strengthened so that senior public officials can’t take advantage of their government roles to benefit financially.

She noted that Kushner created his investment firm the day after Trump left the White House in January 2021 and the Saudi government gave it the $2 billion six months later.

“The Committee is concerned by your decision to solicit billions of dollars from the Saudi government immediately following your significant involvement in shaping U.S.-Saudi relations,” Maloney said, adding that Kushner’s close relationship with the crown prince as well as his pro-Saudi positions during the Trump administration and the Saudi government’s funding “create the appearance of a quid pro quo for your foreign policy work during the Trump Administration.”

Maloney said she wants Kushner and his firm to produce documents, including records and personal communications, by June 16.

Rebecca Shabad is a politics reporter for NBC News based in Washington.