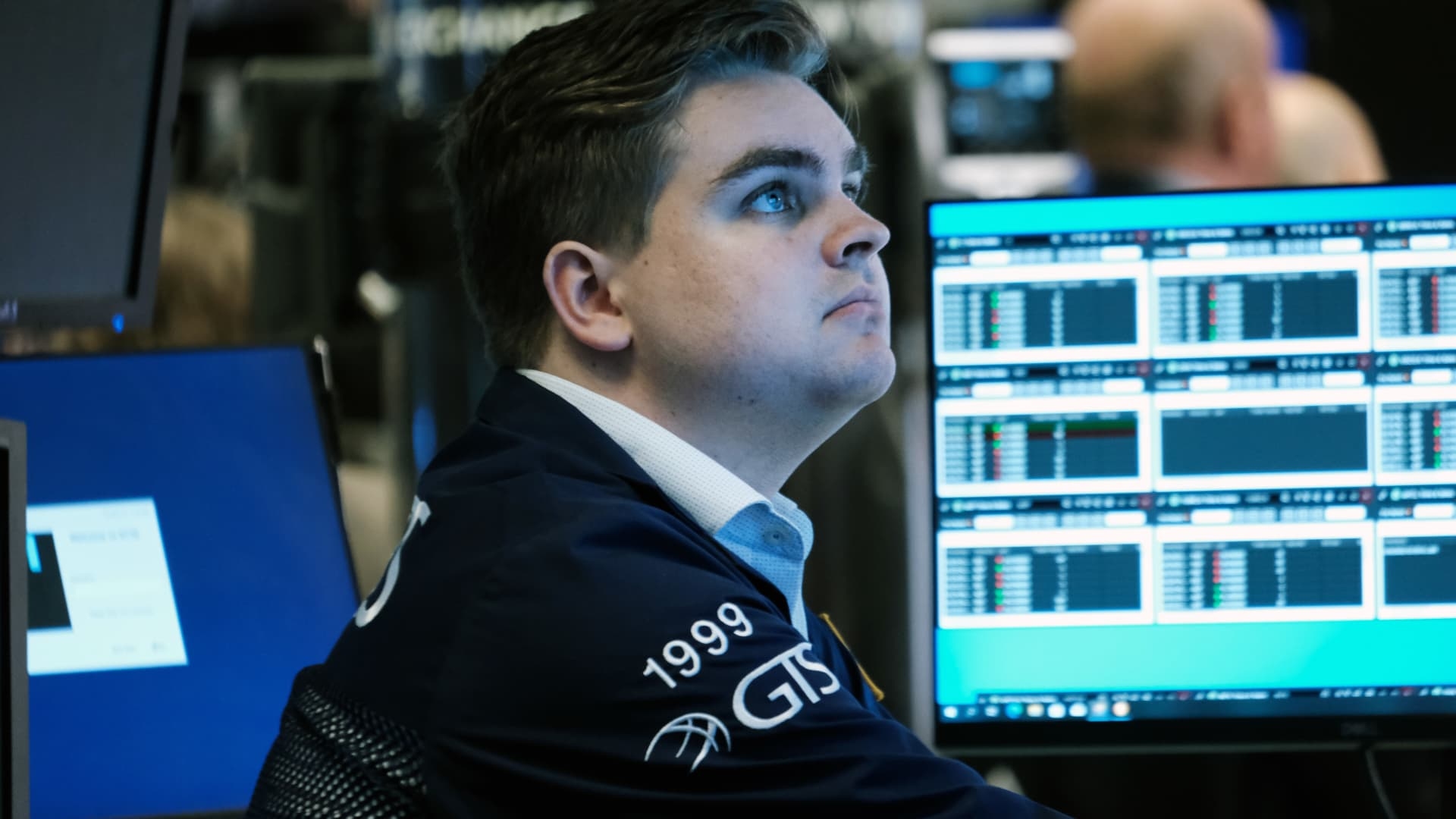 A week of dramatic market swings has given rise to reactionary mistakes from investors who are increasingly trying to find their footing.

With predictions of peak inflation disintegrated and a more aggressive approach to interest rate hikes from the Federal Reserve, experts say that ETF investors can make use of the volatility by taking certain actions to weather the storm.

“Everybody who has had auto deposits or 401(k) contributions set up, that continues to chug on relentlessly. There hasn’t been a fear factor there,” Dan Egan, vice president of behavioral finance and investing at Betterment, told CNBC’s Bob Pisani in an interview Monday on “ETF Edge” on Monday.

Egan said that as a result, he’s seen few defensive allocation changes from Betterment customers because they aren’t focused on doing it themselves.

“It’s been a scary period, but we haven’t seen people freak out in any way whatsoever,” he said.

Despite the market volatility in recent weeks, there remains a core foundation of inflows into basic exchange-traded funds this year.

“Every time over the last 10 years when we’ve seen a significant disruption in the marketplace where the whole market is down significantly, ETF flows actually pick up,” Mike Akins, founding partner and CEO of ETF Action, said in the same interview.

Akins says that the influx can largely by attributed to investors who are sitting on legacy vehicles like a mutual fund who now have an opportunity to roll into a more tax-efficient ETF without the same consequences.

‘THE MONEY IS GOING TO BE HERE’

“That mentality of ‘the money is going to be here for a long term, so drawdowns aren’t a horrible thing,’ it’s something unique to investors, not traders,” Egan said.

He explained the long-term investing strategy offers a sense of ease to sitting through the ups and downs as in recent weeks. And instead, investors could approach market turbulence as a buying opportunity.

Akins added to the sentiment by explaining that as withdrawals continue to come out of 401K(k) accounts, investors are putting their minimum distributions to work.

They want to leave it in the market,” Akins said. “ETFs have proven time and time again that when the market pulls back and people have an opportunity to reallocate, their choice is the ETF for its tax efficiency, its liquidity and its lower costs.”

The latest signal of a slowdown in the housing market dropped on Thursday, where the number of housing starts fell for the second consecutive month. Starts fell 14.4% in May from April, and 3.5% from the year before.

Egan said that house down payment goal withdrawals at Betterment have been active for the past two to three years but have started to see quite a bit of a reduction as affordability goes down.

“People aren’t not saving for that house down payment,” he said, “but they’re setting higher targets and they’re extending their time frame further into the future.”

Fears of a frothing market might still be in place for the short term, but Egan said that this trend of revising down payment strategies and focusing on a financial goal that might be more than 10ten years away makes it easier to sit through the day-to-to-day ebbs and flows.

“It’s been a scary period, but we haven’t seen people freak out in any way whatsoever,” he said.