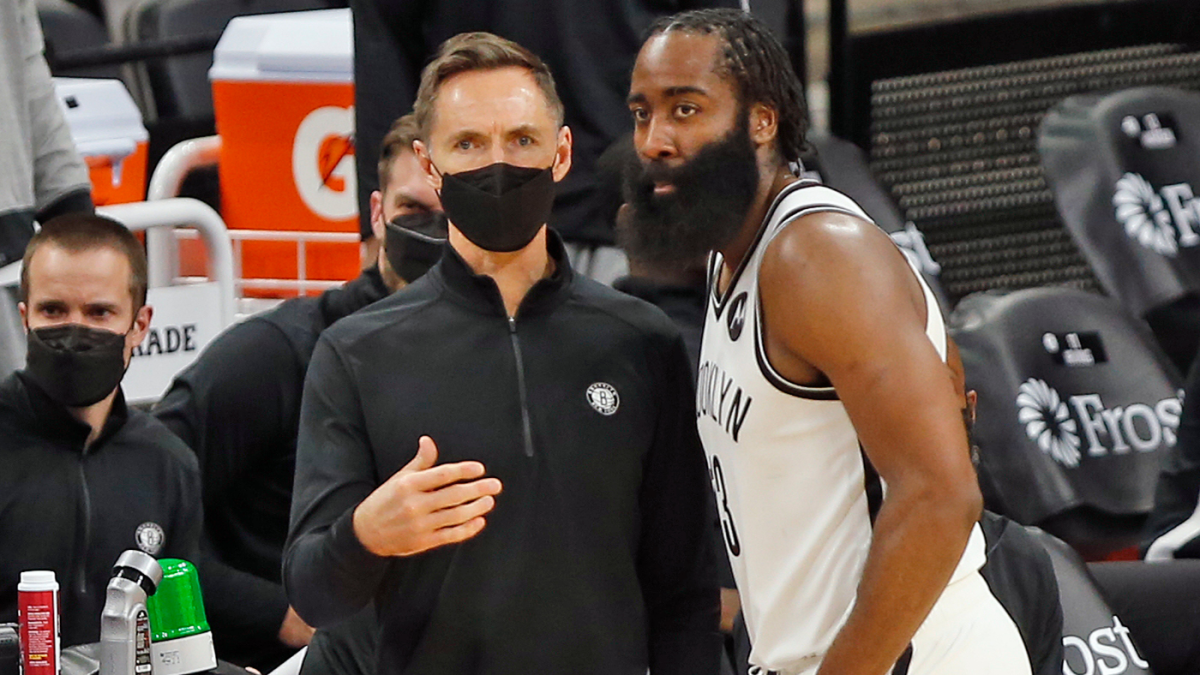 The James Harden situation in Brooklyn appears to be rapidly deteriorating. He looked checked out in the Nets‘ loss to the lowly Sacramento Kings last week, during which he scored just four points in 37 minutes; he’s reportedly frustrated about having to carry so much of the load like he did in Houston with the Rockets; he hasn’t signed his extension, and last month there were reports he’s thinking of leaving the Nets in the offseason.

Add it all up, and you can understand why the Nets, who are currently on a seven-game losing streak, are at least willing to discuss a Harden-for-Ben Simmons swap with the Philadelphia 76ers ahead of the trade deadline. There’s certainly no guarantee such a deal gets done, however, especially not with Kevin Durant pushing for the team to keep Harden.

Here is the latest from ESPN’s Adrian Wojnarowski on Saturday:

He believed that they could win multiple titles with Kyrie Irving and James Harden. That’s why Kevin Durant pushed so hard to get Brooklyn to make that deal with Houston last year. And he still believes that. But he also believes this very strongly: that Harden and everyone else in Brooklyn is going to have to be committed to this as he’s been. You’ve seen the level KD’s played at from last year, through the Olympics, through what was perhaps an MVP season this year.

James Harden has told Durant, he has told Nets management that he wants to be there. They are taking his word for that. The trade deadline is Thursday. Kevin Durant is not telling the owner Joe Tsai, the general manager Sean Marks what they should do at the deadline. He’s letting them handle that. But he believes this: when he comes back from this knee injury, sometime probably after the All-Star break in February, he wants a group there that is as committed as him to winning those titles. He absolutely wants to continue with James Harden, stay the course with him. I think there’s still a real good chance that’s the case when we get past Thursday.

You can add head coach Steve Nash to the list of people who are against a trade. Speaking to reporters on Sunday ahead of the team’s matchup with the Nuggets, Nash was asked if the team would trade Harden and responded, “no.” Pressed for clarification later on, Nash reiterated his comments.

Durant has been sidelined since Jan. 17 with a knee injury, and won’t be back until sometime after the All-Star break. Without him in this stretch, the team is just 2-8, and has dropped all the way down to sixth place in the Eastern Conference. The Nets are suddenly in danger of being in a play-in tournament spot.

Between injuries to Durant and Joe Harris, who may be out for the season, the Kyrie Irving saga — he can still only play in select road games as he remains unvaccinated — and Harden’s discontent, the Nets are a mess right now. It’s no surprise the front office is considering all possibilities, but trading Harden for Simmons, who hasn’t played this season, is not the type of deal you can make lightly.

After all, despite all of the problems the team has faced, the Nets are 24-12 when Durant is in the lineup. They aren’t the overwhelming title favorite they once were, but with a healthy Durant and Harden they have as good a shot as anyone in this wide-open season. That’s reason enough to stay the course, and Durant pushing for that option is only further incentive.

Trading news 0
The rally in speculative stocks, Dow workhorses and a setback for Johnson and Johnson.