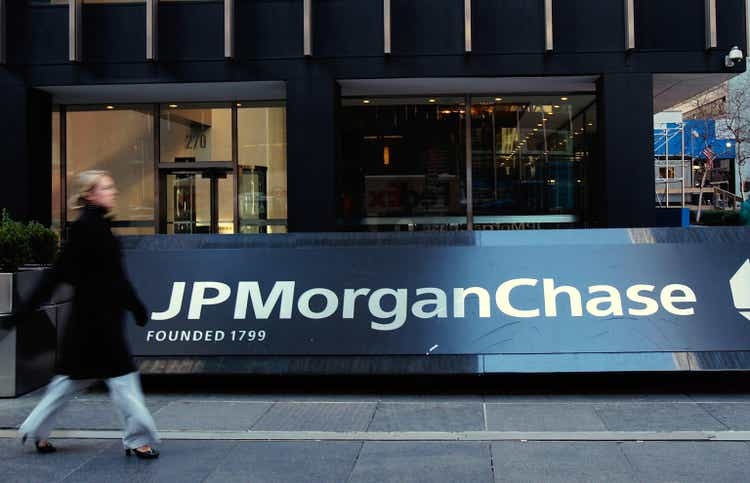 Investment banks have been facing headwinds in 2022 as climbing interest rates make M&A more expensive and raising capital in the debt markets less appealing. And volatile markets have resulted in some companies delaying IPOs and other equity offerings.

Through Sept. 14, the 10 biggest investment banks generated $56.4B in revenue this year, an almost 39% decline from $92B in the same period a year ago, according to Dealogic.

Earlier this month, JPMorgan Chase (NYSE:JPM) President and Chief Operating Officer Daniel Pinto said at an industry conference that he expects the company’s Q3 investment banking fees to fall 45%-50% from a year ago. And while the fees are declining, the bank isn’t quick to eliminate jobs to match the activity. “You have to be very when you have a bit of a downturn to start cutting bankers here and there because you will hurt the possibility for growth going forward,” Pinto said.

By contrast, The New York Times reported that Goldman Sachs (NYSE:GS) was preparing earlier this month to start a fresh round of job cuts as the bank deals with slower deal activity.

While the size of the pie has shrunk this year, most banks have been able to maintain their rankings in the global league tables. For 2022 YTD, JPMorgan Chase (JPM) and Goldman Sachs (GS) both held on to their first- and second-place spots as global investment banking revenue generators, while Bank of America Securities (NYSE:BAC) moved up a level to third place, pushing Morgan Stanley (NYSE:MS) down to fourth place, according to 2022 figures compiled by Dealogic through Sept. 14.

In global M&A revenue, the top six banks’ rankings held from a year earlier. Goldman Sachs (GS) stayed in its leading position followed by JPMorgan (JPM), Morgan Stanley (MS), BofA Securities (BAC), Citi (C), and Jefferies LLC (JEF). Lazard (LAZ) made the biggest gain in the top 10, grabbing seventh place vs. its 11th-place ranking a year earlier and pushing Barclays (BCS) down to eighth place. Rothschild and Evercore (EVR) came in at No. 9 and No. 10, respectively.

For the biggest changes in the global league tables, Chinese banks made significant advances in global equity capital markets, with Citic Securities grabbing the No. 2 spot (after being 10th in 2021 YTD), China International Capital Corp. was in fourth place (vs. 13th a year earlier), and China Securities Co. Ltd rose to the seventh from 26th place a year ago. In addition, Haitong Securities Co. rose to No. 9, up 10 places from the previous year, and Huatai Securities held the 10th spot, up from its year-ago showing of 23.