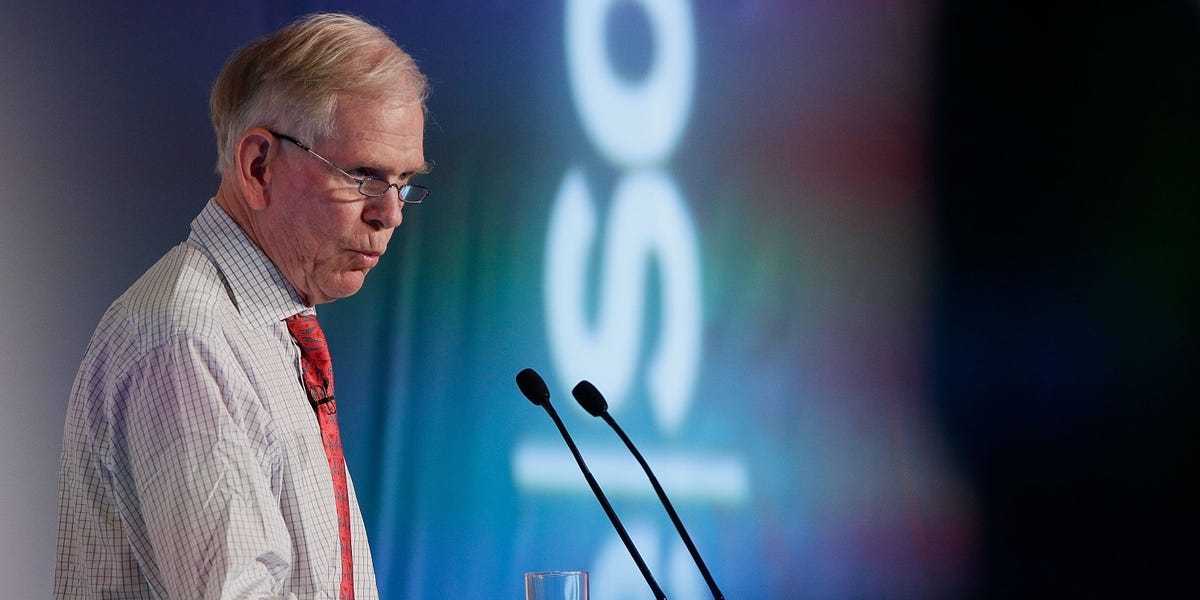 Even a new year can’t shake the bearishness from GMO’s Jeremy Grantham, who said in a Tuesday letter that the stock market will drop another 20% this year.

Grantham said the ongoing deterioration of financial conditions will be capped off by a downturn in the housing market, representing the “final phase” of the stock market bubble that should help drive the S&P 500 to 3,200 by year-end.

“Even the direst case of a 50% decline from here would leave us at just under 2,000 on the S&P, or about 37% cheap. To put this in perspective, it would still be a far smaller percent deviation from trendline value than the overpricing we had at the end of 2021 of over 70%. So you shouldn’t be tempted to think its absolutely cannot happen,” Grantham warned.

The key to whether or not Grantham’s bleak scenario plays out this year hinges on investor confidence, which was on a slow yet steady decline throughout 2022 as every rally in stocks ended up being sold. Similar to 2000 or 2007, any substantial drop in investor confidence could lead to a swift unwind in asset prices, according to the note.

Some of the “pins” that could pop investor confidence include housing markets rolling over, the economy entering a recession, and corporate profits starting to fall. The debt ceiling is another overhang for investors this year.

“Almost any pin can prick such supreme confidence and cause the first quick and severe decline,” Grantham said. “To prick these bubbles all you have to do is have investors question whether their nearly perfect economic and financial conditions can indeed be extrapolated forever.”

And investors shouldn’t look to the Federal Reserve for help in the form of interest rate cuts, according to Grantham. That’s because in 1929, 2000, and 2007, the largest part of the stock market decline occurred after the first rate cut from the Fed.

“Despite… the painful recent experiences of the 2000 and 2008 bear markets, we continue to hold onto the hope that the first rate cut will be guaranteed to kill the bear. We really are an incredibly optimistic species that these very negative examples, despite being clear and recent, are so easily ignored,” Grantham said.

On the flipside, one thing that worries Grantham, who calls himself a contrarian investor, is the fact that so many Wall Street strategists are bearish too.

“Equally disturbing, it is said to be one of the most widely predicted recessions ever. It is all enough to make a god-fearing contrarian wake up in the night sweating,” Grantham said. But Grantham does take comfort in the fact that corporate earnings estimates have yet to significantly decline despite all of the bearish possibilities.

“But still I’d prefer a lot more optimism, which a year ago was nearly universal,” Grantham said.

Even a new year can’t shake the bearishness from GMO’s Jeremy Grantham, who said in a Tuesday letter that the stock market will drop another 20% this year.