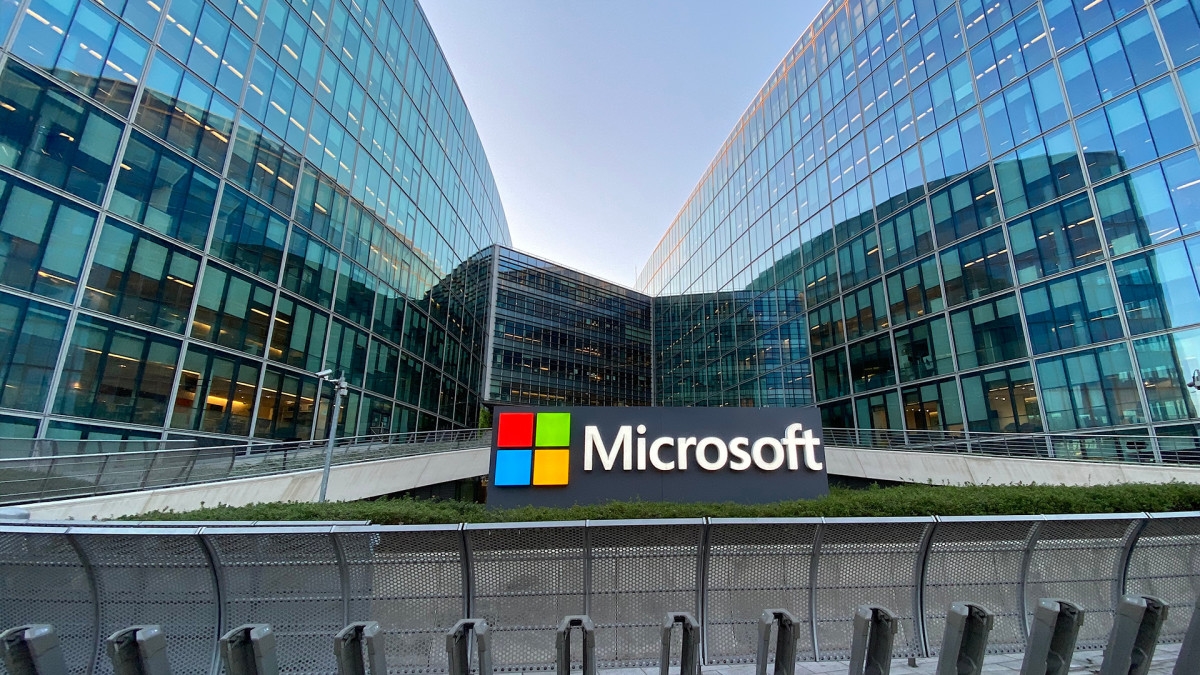 Microsoft’s disclosures about how corporate tech spending is shaping up in 2023 will get close attention as the software giant reports on Tuesday afternoon.

Among analysts polled by FactSet, the consensus is for Microsoft to report December quarter (fiscal second quarter) revenue of $52.99 billion (up 2.4% annually) and EPS of $2.29 (down 7.5%).

Microsoft shares quarterly sales guidance for its reporting segments on its earnings call. For the March quarter, the company’s revenue consensus stands at $52.42 billion (up 6.2%).

Please refresh your browser for updates.

6:41 PM ET: Following some technical issues during the last question (it was about Azure ramps at large customers), Microsoft’s call was ended.

Shares are currently down 0.7% after-hours to $240.25. They initially traded higher post-earnings after Microsoft reported fairly good numbers for many of its enterprise-centric businesses, but gave back their gains after the company disclosed on its call that it saw softening business trends in December and guided for its reporting segments to collectively post FQ3 revenue of $50.5B-$51.5B, below a $52.42B consensus. Much of the shortfall stems for the More Personal Computing segment, which remains pressured by weak PC demand.

Thanks for joining us.

Correction: Microsoft expects constant-currency Azure revenue growth to slow by 4-to-5 points relative to its exit rate at the end of the December quarter, which was said to be in the mid-30s, rather than from a full-quarter rate of 38%.

6:27 PM ET: A question about Office 365 growth: How much is being driven by seat growth relative to ARPU growth?

Nadella adds other “per-user” software platforms such as Viva and Power are seeing strong growth.

6:24 PM ET: A question about whether Microsoft can still meet prior guidance for double-digit FY23 revenue growth.

6:15 PM ET: A question about the U.S. IT spending environment.

Nadella says his comments about the spending environment were about global spending. Reiterates Microsoft still expects IT spending to keep growing as a % of GDP, even as it sees some caution and efforts to “optimize” tech spend in the short-term.

6:12 PM ET: First question is about the OpenAI deal and its top-line impact.

Nadella asserts Microsoft thinks AI will be “the next big platform wave,” and is looking to integrate it across its solutions. Highlights current AI-based services for the Power platform, GitHub, etc.

Regarding the second half of fiscal 2023, Hood says Microsoft expects decelerating revenue growth relative to the first half. Opex growth is expected to drop to the low single digits in the June quarter. Higher energy costs are now expected to be a smaller headwind than previously expected.

Constant-currency Azure revenue growth is expected to decelerate by 4 to 5 points Q/Q. Windows OEM revenue is expected to be down by a mid-30s percentage.

6:00 PM ET: Forex is expected lower revenue growth by 3 points and opex growth by 2 points in FQ3 (less than in FQ2).

5:50 PM ET: Hood recaps Microsoft’s FQ2 performance. Notes there was some weakening of business in December, with moderating Azure consumption.

Microsoft has trimmed its AH gains a bit on those remarks: Shares are now up 3.3% AH.

5:42 PM ET: Nadella says Teams now has more than 280M monthly active users, while asserting the platform is taking share across every category it participates in. Teams Phone is said to have added more than 5M PSTN seats over the last 12 months.

5:37 PM ET: Nadella asserts (following the OpenAI deal) Microsoft has the most powerful cloud-based supercomputer infrastructure for AI workloads. Says Azure ML revenue has risen over 100% Y/Y for 5 quarters in a row.

5:35 PM ET: Nadella says twice as many CPU cores are run on Azure as were run two years ago, and that the Azure Arc hybrid cloud service now has 12K customers (up 2x Y/Y).

5:34 PM ET: Nadella says firms are now “optimizing” their spend after accelerating it during the pandemic, and are exercising caution in an uncertain environment.

5:31 PM ET: The call is starting. Microsoft is going over its safe-harbor statement.

5:28 PM ET: Microsoft’s call typically features prepared remarks from CEO Satya Nadella and CFO Amy Hood, after which the execs take questions from analysts. Guidance is shared by Hood towards the end of her prepared remarks.

5:26 PM ET: Hi, I’m back to cover Microsoft’s call. Here’s the webcast link, for those wanting to tune in.

4:53 PM ET: I’m taking a short break, but will be back to cover Microsoft’s earnings call, which is set to kick off at 5:30 PM ET and will include the sharing of the company’s quarterly sales guidance.

4:31 PM ET: As a reminder, Microsoft’s quarterly sales guide, which tends to have a big impact on how its stock trades the next day, isn’t in the earnings report. It’ll be shared on the call.

4:29 PM ET: The segment breakdown helps explain why Microsoft is higher post-earnings in spite of a slight revenue miss: The miss was caused by More Personal Computing, which is dominated by PC and consumer-centric businesses that were known to be weak. The two segments dominated by sales of software and cloud services to businesses beat estimates.

With Microsoft having slowed down hiring and just announced layoffs, opex growth will likely slow in the coming quarters.

4:16 PM ET: Dollar-based and CC revenue growth for various Microsoft businesses. As the numbers show, forex was a big headwind across the board, and big declines in Windows OEM, Devices (Surface, Xbox, etc.) and to a lesser extent Xbox content/services revenue also weighed on the top line.

4:08 PM ET: Commercial bookings were up 7% Y/Y in dollars and 4% in constant currency. With bookings up 32% in dollars and 37% in CC a year ago, Microsoft was facing a tough annual comp.

With 2023 IT budgets getting set right now, a lot of attention will probably be given to Microsoft’s revenue guide (the FQ3 revenue consensus is at $52.42B), along with its commercial bookings growth and general commentary about corporate spending trends.

Investment news 0
Investor confidence could be severely dented by housing markets rolling over, the economy entering