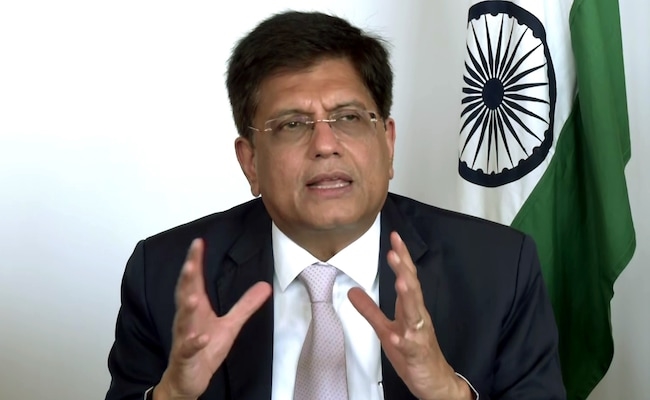 Piyush Goyal said the current global food crisis is a reminder that the world must act now.

India on Sunday said that to rebuild trust and credibility of the World Trade Organisation (WTO), member countries must first address mandated issues, like the permanent solution to public stockholding, which was agreed nearly a decade ago.

“The current global food crisis is a reminder to us that we act now! Can we risk the lives of millions of people dependent on food stocks maintained for the poor and vulnerable?” asked commerce and industry minister Piyush Goyal in Geneva.

He said that the COVID-19 pandemic has exposed the inability of the world to promptly respond to any crisis, whether on food security or health, economic wellbeing or open supply chains.

“To rebuild trust and credibility, we must first address mandated issues, like the permanent solution to public stockholding agreed nearly a decade ago,” he added.

Meanwhile, a source said that there is a discussion in the WTO on issuing a declaration that says countries will not impose export restrictions on the procurements made by World Food Programme (WFP).

About 81 countries have sponsored this declaration.

In all official documents of WFP, it has stated that it has problems with funding; it has never mentioned it has an issue with export restrictions.

“Since most of the procurements and delivery of WFP are in the developing countries, the unconnected countries calling for a decision on export restrictions is very strange,” the source said.

India is not in favour of giving binding commitment under the WTO on supply of food grains to the UN’s World Food Programme as it would restrict its policy space to deal with domestic food security concerns.

India has been a high contributor to the WFP. In 2015 it was the highest contributor.

(Except for the headline, this story has not been edited by NDTV staff and is published from a syndicated feed.)