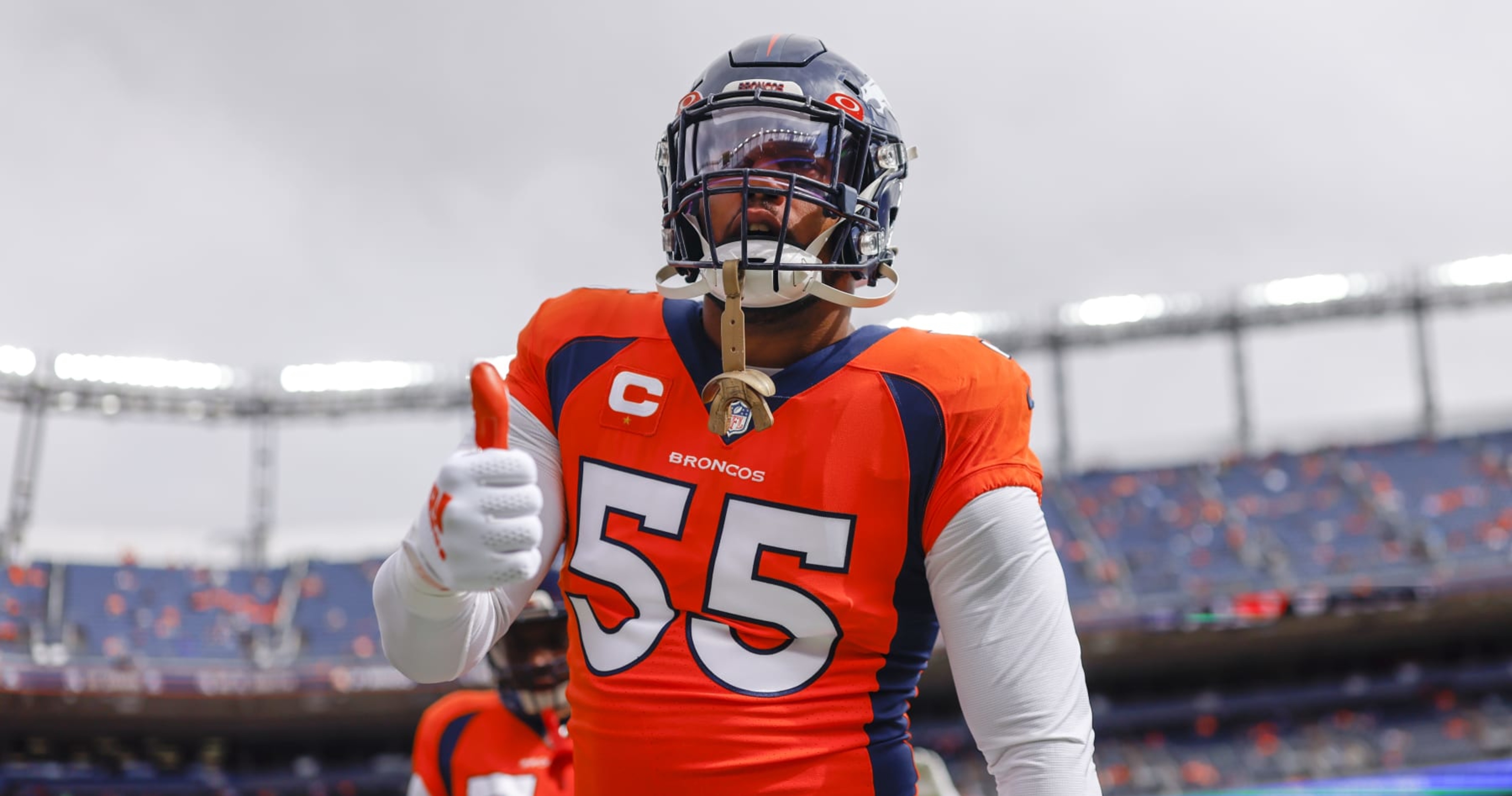 Two days away from the NFL trade deadline, a number of difference-making defensive players could find themselves on new teams soon.

Per ESPN’s Adam Schefter, multiple teams have called the Denver Broncos about linebacker Bradley Chubb, including one that is willing to trade its first-round pick and additional compensation.

NFL Network’s Ian Rapoport, Tom Pelissero and Mike Garafolo added that opposing teams believe Chubb is the “most likely” Broncos player to be dealt before the deadline, but Denver won’t do it unless it gets “the perfect offer.”

According to the NFL Network report, the Panthers intend to keep Burns with the goal of extending him “in part to make sure the next head coach has plenty of talent to work with.” They did note that general manager Scott Fitterer will always take calls, but a team would have to increase the offer from two first-round draft picks to entice him to make the move.

After Robert Quinn’s trade to the Philadelphia Eagles on Wednesday, linebacker Roquan Smith’s future with the Chicago Bears became a hot topic of discussion. The 25-year-old requested a trade during the offseason because of his unhappiness with how the Bears were handling extension talks.

According to Rapoport, Pelissero and Garafolo, there are a select group of teams with a need at inside linebacker that could pursue Smith. But the Bears could be inclined to franchise-tag him for at least one more season as they try to negotiate a long-term deal.

Jacksonville Jaguars defensive end Josh Allen has also been discussed, but it doesn’t sound like a deal will happen before the deadline.

“Allen remains a key and valued piece of their future,” Rapoport, Pelissero and Garafolo wrote. “He’s a player Jacksonville wants to keep rather than trade and then attempt to replace. He would be due just $10.892 million in 2023 on his fifth-year option and in line for a big extension sooner than later.”

Based on their positional value and production, Burns, Chubb and Allen would likely be the most impactful players moved if any of them were to get dealt.

Burns has one year remaining on his rookie deal that will pay him $16 million in 2023. He has eight tackles for loss and five sacks for the Panthers.

Chubb has eight quarterback hits and 5.5 sacks in seven starts this season.

Allen has 11 quarterback hits, five tackles for loss and three sacks in seven games. He would likely bring back more in a trade than Chubb by virtue of having one year remaining on his rookie contract.

Often, the NFL trade deadline ends up being a lot more smoke than fire. But with Christian McCaffrey and Quinn having already been dealt, teams vying for a playoff spot could be more aggressive in a season with so much parity around the league.

The trade deadline is Tuesday at 4 p.m. ET.

Per ESPN’s Adam Schefter, multiple teams have called the Denver Broncos about linebacker Bradley Chubb, including one that is willing to trade its first-round pick and additional compensation.