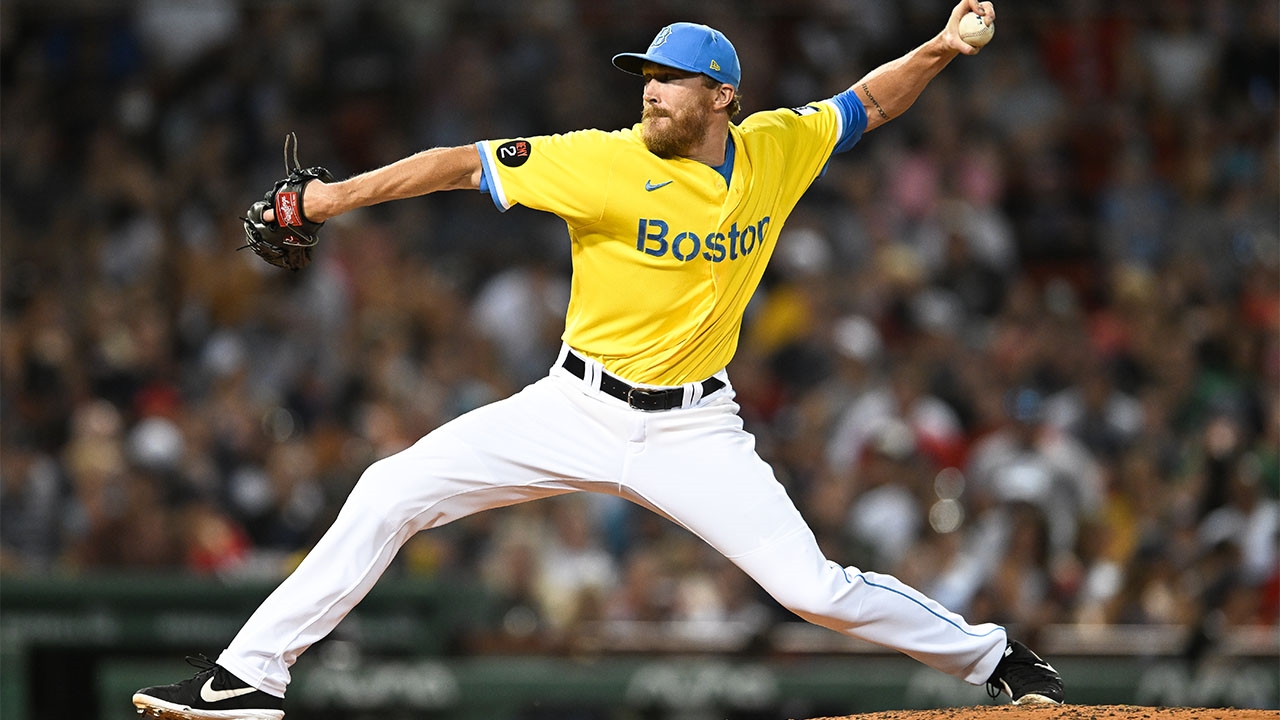 The Chicago White Sox acquired left-handed reliever Jake Diekman from the Boston Red Sox on Monday for catcher Reese McGuire and a player to be named or cash.

Later in the day, the Red Sox obtained left fielder Tommy Pham in a trade with Cincinnati for a player to be named or cash.

The 35-year-old Diekman is 5-1 with a 4.23 ERA in 44 appearances this season. The 6-foot-4 reliever is particularly tough on left-handed hitters, holding them to a .188 batting average this year.

Cincinnati Reds left fielder Tommy Pham (28) swings and misses the ball during a game between the San Francisco Giants and the St. Louis Cardinals on June 10, 2022, at Busch Stadium in St. Louis MO. (Rick Ulreich/Icon Sportswire via Getty Images)

The Red Sox and Astros played in Houston on Monday night, so Vázquez had a short trip to join his new team. Vázquez, who turns 32 on Aug. 21, hit .282 with eight homers and 42 RBIs in 84 games with Boston this year.

The White Sox are trying to make it back to the playoffs for the third straight season after winning the AL Central in 2021.

The addition of Diekman puts a second lefty in La Russa’s bullpen, joining rookie Tanner Banks. The White Sox also have Aaron Bummer, but he is on the injured list with a strained left lat.

Diekman’s contract calls for $3.5 million salaries this year and next, and it includes a $4 million team option for 2024 with a $1 million buyout.

The 27-year-old McGuire batted .225 with 10 RBIs in 53 games with Chicago. He was acquired in a trade with Toronto in April.

Jake Diekman #31 of the Boston Red Sox pitches in the sixth inning against the Cleveland Guardians at Fenway Park on July 28, 2022 in Boston, Massachusetts. (Photo by Kathryn Riley/Getty Images)

“Reese has been a really great teammate and he’s going to a good position in Boston,” La Russa said.

McGuire became expendable for the White Sox when Yasmani Grandal returned after being sidelined by lower back spasms. McGuire also was outplayed by catcher Seby Zavala, who was batting .296 with two homers in 30 games heading into Monday night’s series opener against Kansas City.

The Red Sox are well off the pace in the loaded AL East, but they still have a chance for a wild card.

Pham was hitting .238 with 11 homers and 39 RBIs in 91 games this season for the Reds. The 34-year-old ranks third among left fielders with seven outfield assists.

A nine-year veteran, Pham is a career .261 hitter with 108 homers and 339 RBIs. He spent his first 4½ big league seasons with the Cardinals and has also played for the Rays and Padres.

Pham made headlines in May when he was suspended for three games by Major League Baseball after he slapped San Francisco Giants outfielder Joc Pederson because of a dispute about their fantasy football league. While the Giants warmed up in the outfield before the series opener with the Reds, Pham confronted Pederson and smacked him in the face before they were separated.