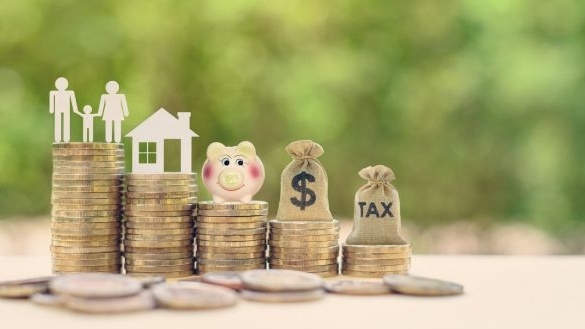 The number of homes available to rent has fallen close to historic lows, while rents have increased sharply just as the economy emerges from the restrictions of the pandemic, according to figures from property website Daft.ie. Mark Paul has the details of the group’s latest report on the rental sector here.

In more upbeat news from Colin Gleeson, consumers started spending again on big ticket items towards the end of last year, with the volume and value of personal loans jumping by 34.6 per cent and 20.1 per cent respectively year-on-year, according to the banks. Banking & Payments Federation Ireland (BPFI), which is the representative group for the banks, on Wednesday published its first personal loans report, which covers the final quarter of 2021.

Cryptocurrencies will remain off limits for Irish-regulated funds targeting non-professional investors, the Central Bank has said. The bank, which regulates international funds holding more than €4 trillion of assets, said on Tuesday that it is “highly unlikely” to allow such funds to put money into cryptocurrencies, as they remain “highly risky and speculative”. Joe Brennan reports.

Investors looking for a long income office investment opportunity are likely to be interested in the upcoming sale of the Eir headquarters at Citywest. The telecom group opted to move its headquarters from Dublin city centre to the property back in 2018. According to a report by Fiona Reddan, the property, at the Citywest Business Campus in Dublin 24, is being brought to market by CBRE by way of private treaty at a guide price of €37 million.

Fiona also has a story about Giraffe Childcare, the provider that operates 29 creches in Dublin, expanding its presence further through the acquisition of two creches for more than of €2.65 million.

Charlie Taylor reports that Galway-based medtech company Perfuze has raised €22.5 million in funding for the development of a new stroke treatment.

Meanwhile the trial of former solicitor Michael Lynn on charges of stealing about €27 million from seven financial institutions by making 21 different mortgage applications between 2006 and 2007 is set to formally open at Dublin Circuit Criminal Court on Wednesday.

In his weekly column, eminent UK economist Martin Wolf discusses the outlook for the UK economy.The Bank of England is forecasting the weakest growth of real post-tax labour incomes in more than 70 years, with a fall of 2 per cent this year and a further half a per cent in 2023, he says.

Ciara O’Brien reports that AIB subsidiary Haven has cut its four-year fixed “green mortgage” rate to 2 per cent, and dropped its standard three-year fixed rate to 2.35 per cent. Both rates will be reduced by 0.15 of a percentage point from Tuesday this week.