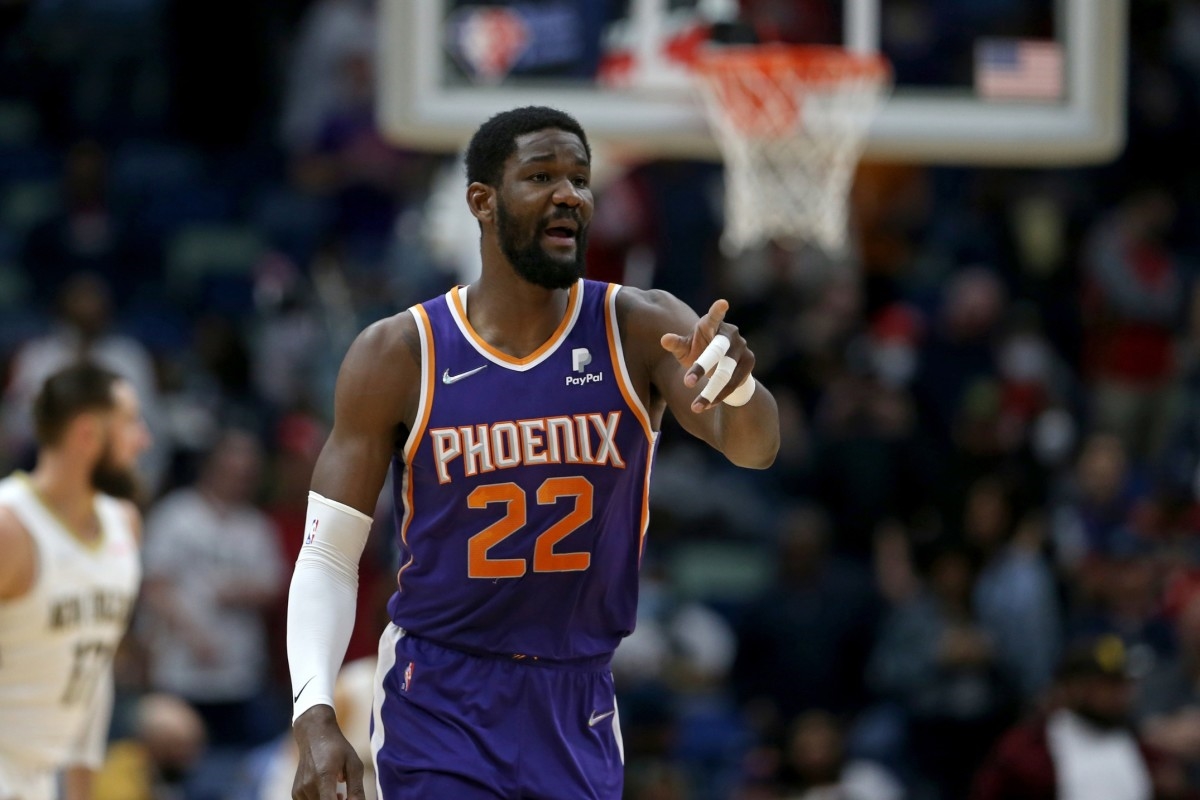 Now begins one of the most interesting offseasons in recent Phoenix Suns history.

Phoenix, who made an appearance in the NBA Finals last season only to recently bounce out of the second round of the playoffs, looks to keep their core group of players together while also finding ways to ensure their early exit in the postseason doesn’t happen again.

Part of that equation falls on the future of center Deandre Ayton, who has been the topic of much scrutiny since the Suns made him just the second No. 1 overall pick since 2008 to not have his rookie extension picked up.

ESPN’s Adrian Wojnarowski believes Ayton will get the max contract he’s seeking; it’s just a matter of which team will sign the checks.

“There’ll be a lot of conversations around the league. Deandre Ayton is going to get a max contract in the marketplace, somewhere. Phoenix really has to look at the sort of allocation financially of how they want to distribute salaries (and) money,” said Wojnarowski.

“It’ll be interesting to see how that season ended impacts this, but it’s going to be really one of the stories of this offseason because Deandre Ayton, there are a lot of teams lining up to figure out how can we acquire him.”

ESPN’s Zach Lowe recently mentioned on his podcast the Indiana Pacers had talks with the Suns about potentially acquiring Ayton.

“I reported at the trade deadline that there was communication between the Suns and the Pacers about something involving (Domantas) Sabonis and Ayton, and I wrote at the time they were just broad, exploratory (talks). Might have been one phone call, might have been aimed at the summer or future because I just found it hard to believe that Phoenix would disrupt anything they had going on in the present season,” said Lowe.

The beginning of NBA free agency is expected to be July 1, and the Suns have potential options across the board with Ayton thanks to his status as a restricted free agent.

Phoenix will have the opportunity to either negotiate a new deal, sign-and-trade Ayton or could match another offer Ayton receives in the process.

Between Wojnarowski and Lowe, seven different teams were mentioned as either strong destinations or potential landing spots for Ayton outside of Phoenix.

These were two teams both mentioned by Wojnarowski and Lowe as ideal spots for Ayton, thus propelling them to “strong” status, mostly due to their cap allowance.

According to Spotrac, San Antonio (No. 2) and Oklahoma City (No. 4) both rank in the top five of current cap space for next season.

The Spurs could be looking to pair Ayton with point guard Dejounte Murray and create a formidable duo for the foreseeable future in San Antonio. The Thunder already have Derrick Favors but could potentially slide him to power forward in the event they acquire Ayton.

Not that these teams have less of a chance than OKC or San Antonio, but they simply weren’t specifically mentioned by the two insiders we’re using for this piece. Each of these teams brings something to the table that would be attractive for either Ayton or the Suns to trade with.

Detroit claims the top spot in cap space heading into the offseason and could be a destination to watch for if Ayton isn’t actually traded in the summer.

Atlanta may be a tough place realistically for Ayton considering they’re nearing luxury tax figures already, but the allure of adding a young/athletic center to a playoff team looking to hit the next step can always lead to a solution from the Hawks.

Suns fans would love a sign-and-trade with the Trail Blazers in exchange for Damian Lillard. Portland has plenty of capable guards and forwards but don’t currently have a center under contract for the 2022-23 season as Jusuf Nurkic is a free agent.

It might be hard to see Ayton fitting with Toronto’s lineup/philosophy unless they plan on dealing Pascal Siakam back to Phoenix, while the Hornets may be searching for their next presence in the paint with Montrezl Harrell hitting free agency.

Surely other teams will find themselves in the running, and if the Suns were smart, they would find the team with the most amount ammunition to provide back should they opt for Whether that’s in the form of draft picks or players will remain to be seen.

Suns Not Worried About Luxury Tax

Suns Open to Trading for Pick in 2022 NBA Draft