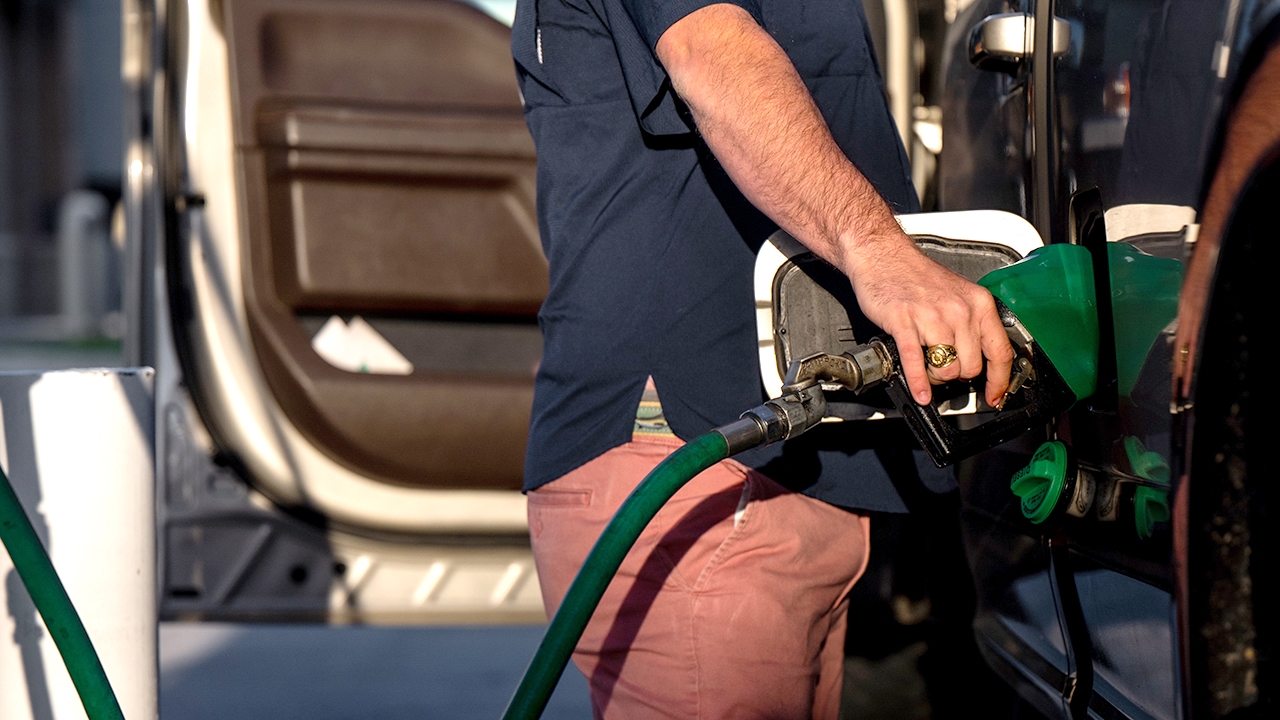 Sources: OPEC+ likely to keep Oct. oil output quotas unchanged. FOX Business is providing real-time updates on the markets, commodities and all the most active businesses on the move.

Coverage for this event has ended.

The California Independent System Operator (CAISO) warned Sunday that it is “stepping up its call for consumers to lower electricity use” as a result of historic heat that will put severe pressure on the grid, according to a notice. CAISO requested that residents set their thermostats to a minimum of 78 degrees, turn of all “unnecessary lights” and avoid using large appliances or charging their electric vehicles (EVs) between 4-9 p.m. throughout the duration of the alert.

According to the California Independent System Operator (ISO), demand for power is approaching record levels.

The grid operator called for even greater reductions in electricity use, with historic heat bearing down on the Golden State over the next several days.

“Starting tomorrow, this multi-day event is going to get much more intense,” ISO CEO Elliot Mainzer said in a statement. “We are facing a load forecast of 48,817 megawatts and energy deficits between 2,000 and 4,000 megawatts for Monday, resulting in the highest likelihood of rotating outages we have seen so far this summer.”

French President Emmanuel Macron on Monday pleaded for the country to sharply reduce its energy usage over the coming weeks in an effort to avoid rationing and cuts this winter as tensions with Russia remain.

Macron asked for a 10% reduction, which included asking French businesses and households to tamp down their heating and air conditioning usage.

However, if these efforts aren’t sufficient, the French leader warned that forced energy savings might have to be considered.

Bank of America is once again warning of a coming recession jolt after the Federal Reserve pledged to “forcefully” fight record-high inflation, even if means slowing the economy.

In a Friday analyst note, strategists led by Michael Hartnett predicted a “fast inflation shock, slow recession shock” as the economy continues to confront surging consumer prices, high household savings, billions in fiscal stimulus and the impact of the war in Ukraine.

The Nikkei newspaper, citing people involved in the project, reported that the online retail giant is planning to partner with small and medium-sized pharmacies to create a platform where patients can receive instructions on how to take medicines and have medications delivered to their homes.

The publication said that the service is projected to launch next year – allowing the pharmacies to sell to patients – when electronic prescriptions will be allowed in the country.

People would be allowed to obtain virtual prescriptions on the Amazon platform after receiving online medical care.

The euro fell below 99 cents for the first time in nearly two decades after Russia shut down a major gas supply pipeline to Europe indefinitely, worsening an energy crisis that threatens to tip the continent into a recession.

The euro traded at around $0.99 versus the dollar on Monday morning in the U.S., down roughly 13% from the start of the year.

Russia abandoned a Saturday deadline to resume supply of natural gas to Germany through a key pipeline — the Nord Stream 1 — after shutting it down earlier this summer for annual maintenance. The decision from Russian energy supplier Gazprom came hours after the Group of Seven nations agreed on a plan to impose a price cap on Russian oil.

Gazprom did not say when it might resume exports. Russia is the world’s second-largest producer of both oil and natural gas, and the Nord Stream 1 pipeline accounted for about 35% of Europe’s total Russian gas imports last year.

The Organization of the Petroleum Exporting Countries (OPEC) and its allies, also known as OPEC+, plan to cut global oil supplies by 100,000 barrels per day next month, which an industry expert claims is more of a “political statement.”

The October cut essentially reversed the group’s September increase by the same amount.

“With OPEC+ production already running nearly 3 million barrels per day less than their agreed to quota, the announcement is more of a political statement,” Lipow Oil Associates President Andy Lipow told FOX Business. “Saudi Arabia wants to talk up prices and the burden of any production cut will rest predominantly with them and to a lesser extent with the United Arab Emirates and Kuwait.”

Cryptocurrency prices were lower early Monday, with Bitcoin, Ethereum and Dogecoin all in negative territory.

For the week, Bitcoin was trading higher by more than 1.75%. For the month, the cryptocurrency was lower by 11.85%.

For the week, Ethereum was trading higher by almost 9.85%. For the month, it was trading lower by nearly 2.3%.

Gas has been on the decline since hitting a high of $5.016 on June 14, nearly three months ago.

Diesel prices reversed course and dropped to $5.068 per gallon on Monday. On Sunday, a gallon of diesel cost $5.072 per gallon.

Oil prices rose more than $2 a barrel on Monday, extending gains as investors eyed possible moves by OPEC+ producers to cut output and support prices at a meeting later in the day.

U.S. markets are closed for a public holiday on Monday.

At their meeting later on Monday, the Organization of the Petroleum Exporting Countries (OPEC) and its allies, a group known as OPEC+, may decide to keep current output levels or even cut production to bolster prices, despite supplies remaining tight.

“OPEC+ will most likely keep output tight enough to retain the oil price amid demand disruptions that were sparked by the renewed lockdowns in some parts of China,” said Tina Teng, an analyst at CMC Markets.

At their meeting later on Monday, the Organization of the Petroleum Exporting Countries (OPEC) and its allies, a group known as OPEC+, may decide to keep current output levels or even cut production to bolster prices, despite supplies remaining tight.

“OPEC+ will most likely keep output tight enough to retain the oil price amid demand disruptions that were sparked by the renewed lockdowns in some parts of China,” said Tina Teng, an analyst at CMC Markets.

Russia, the world’s second-largest oil producer and a key OPEC+ member, does not support a production cut at this time, and the group will likely keep its output steady when it meets on Monday, the Wall Street Journal reported on Sunday, citing unidentified people familiar with the matter.

“While we expect the group to keep output unchanged, the rhetoric may be bullish as it looks to arrest the recent fall in prices,” ANZ analysts said in a note.

Despite the possibility for output cuts, CMC’s Teng pointed out that downside risks also remain, naming potential exports from Iran amid its ongoing nuclear deal negotiations and recession fears as two such risks.

Oil prices have fallen in the past three months, after touching multi-year highs in March, on concerns that interest rate rises and COVID-19 curbs in parts of China, the world’s top crude importer, may slow global economic growth and cool oil demand.

Lockdown measures in China’s southern tech hub of Shenzhen, however, eased on Monday as new infections showed signs of stabilizing though the city remained on high vigilance.

Negotiations to revive the West’s 2015 nuclear deal with Iran have dragged on though an agreement could allow Tehran to increase exports and improve global supplies.