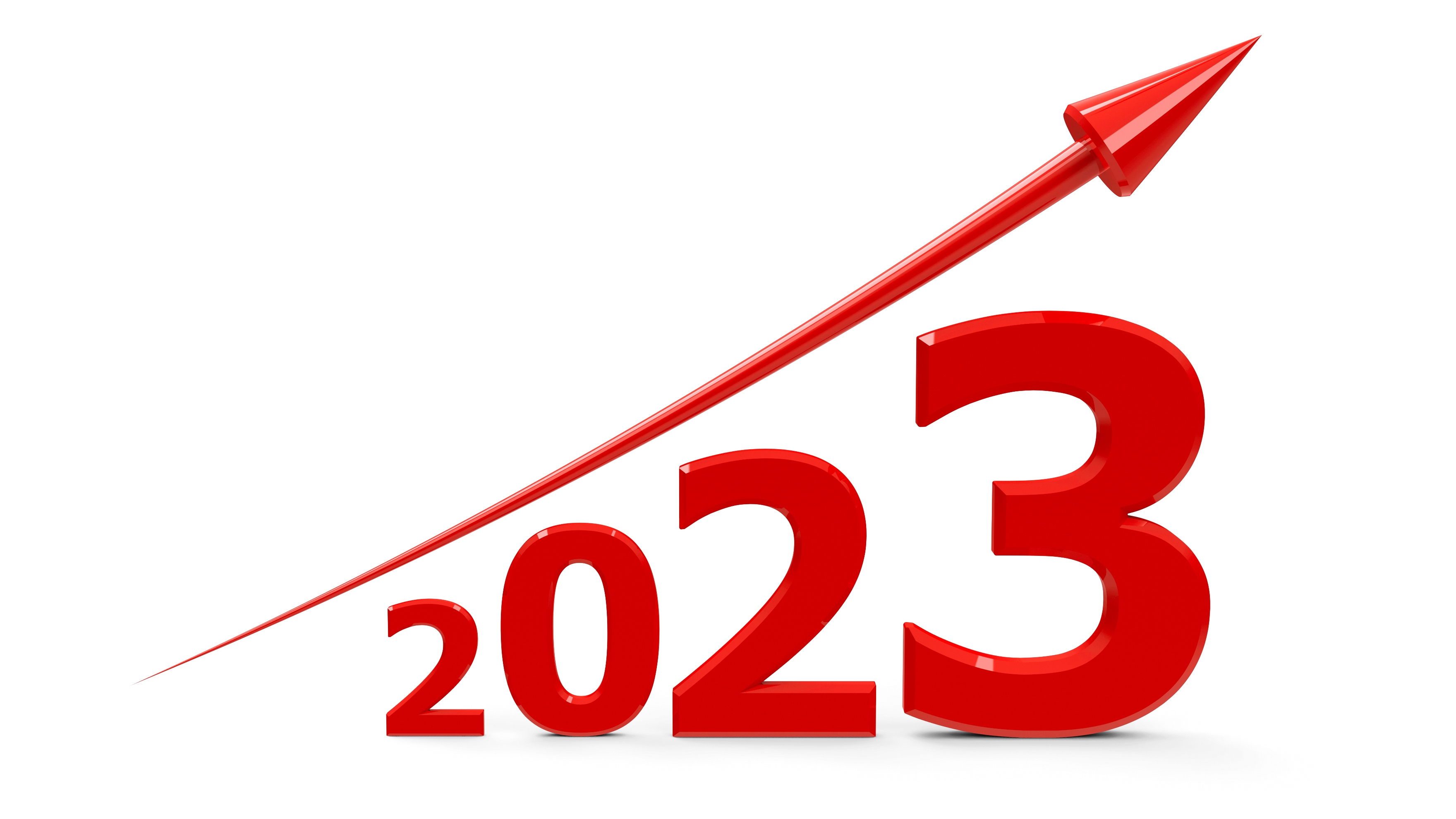 After economic headwinds triggered a stock market sell-off in 2022, countless companies started 2023 with their shares at lower-than-optimal valuations. Many of the biggest names in tech and entertainment have suffered double-digit percentage declines over the last 12 months.

However, investors seem to be feeling optimistic as the new year opens. Numerous companies have gradually been trending upward since Jan. 1 — and now would be an excellent time to invest in solid businesses before their share prices climb any higher.

Here are four stocks that I’d recommend that have been on the rise early in 2023, in order from the least growth to the most.

Apple (AAPL 3.04%) shares are down 15% year over year, but have gained 10% since the start of January. While the iPhone company has seen the least growth of the companies on this list, it also declined by the least over the course of the last 12 months. The tech star’s robust business has overcome economic challenges better than most companies, and the prospect of promising developments in 2023 has prompted investors to bid the stock up a bit.

In the first few weeks of the new year, multiple reports have revealed aspects of Apple’s roadmap for the next couple of years, including a mixed-reality headset due to launch in 2023, touchscreen Macs, $99 AirPods, and an in-house designed telecom chip. If true, each of these ventures has the potential to offer revenue boosts over the long term.

The headset alone will thrust Apple into a burgeoning market. The augmented reality industry was worth $25.33 billion in 2021, and Grand View Research predicts it will grow at a 40.9% compound annual rate through 2030.

The Google parent suffered in 2022 from declining ad spending as rising inflation and fears of an economic downturn led many businesses to slash their marketing budgets. However, Alphabet’s stock is particularly attractive this month, trading at a price-to-earnings ratio of 18 — one of its lowest valuations by that metric in a decade. This suggests its current share price doesn’t properly reflect the company’s financials, making it a bargain.

Moreover, Alphabet’s stock is still up by 72% over the last five years. Meanwhile, its operating income increased by about 200% from $26.18 billion in 2017 to $78.71 billion in 2021. The company may have suffered from temporary economic challenges last year, but I wouldn’t bet against its continued long-term growth.

The start of 2023 has investors feeling bullish about Netflix (NFLX 5.63%), with its stock rising 16% since Jan. 1. However, the company still has a mountain to climb, with its shares down 14% year over year.

The streaming giant has had a challenging 12 months, to say the least, suffering from dwindling market share in an industry it almost single-handedly created. Its declines were primarily due to the intensifying competition in its space. Disney surpassed Netflix for most total subscribers in Q3 (when combining Disney+, Hulu, and ESPN+) and retained the top position in Q4.

Netflix responded by introducing a cheaper, ad-supported tier to its service and venturing into video games with Netflix Games. However, it’s still too early to know if these changes will be effective or profitable.

Analysts’ average 12-month price target of $349.32 for Netflix is only about 2% higher than its current price. Netflix’s stock growth in 2023 is positive, but it might be best to hold off investing in the streaming company for now.

After an immensely challenging year for Amazon’s (AMZN 0.35%) e-commerce business, the company’s stock has started 2023 on the right foot, rising 16% since Jan. 1. Investors are growing a bit more optimistic about Amazon’s future based on signs that U.S. inflation is easing, as well as an expansion of the company’s “Buy with Amazon” program that makes it possible for the company to earn revenue from nearly any e-commerce site.

Amazon shares are still down 32% in the last 12 months. The company’s e-commerce segment provided 85% of its revenue in the third quarter of 2022, but was responsible for operating losses of $2.87 billion. As a result, Amazon’s success in the next year will largely be dependent on a recovering economy. Yet the possibility that instead there will be a recession makes its short-term future murky.

Amazon’s stock is currently trading at 89 times earnings. That’s too expensive of a valuation to buy now, in my view. However, the company’s leading market share in multiple high-growth markets make it an investment worth keeping an eye on, so you can buy when the time is right.

The headset alone will thrust Apple into a burgeoning market. The augmented reality industry was worth $25.33 billion in 2021, and Grand View Research predicts it will grow at a 40.9% compound annual rate through 2030.