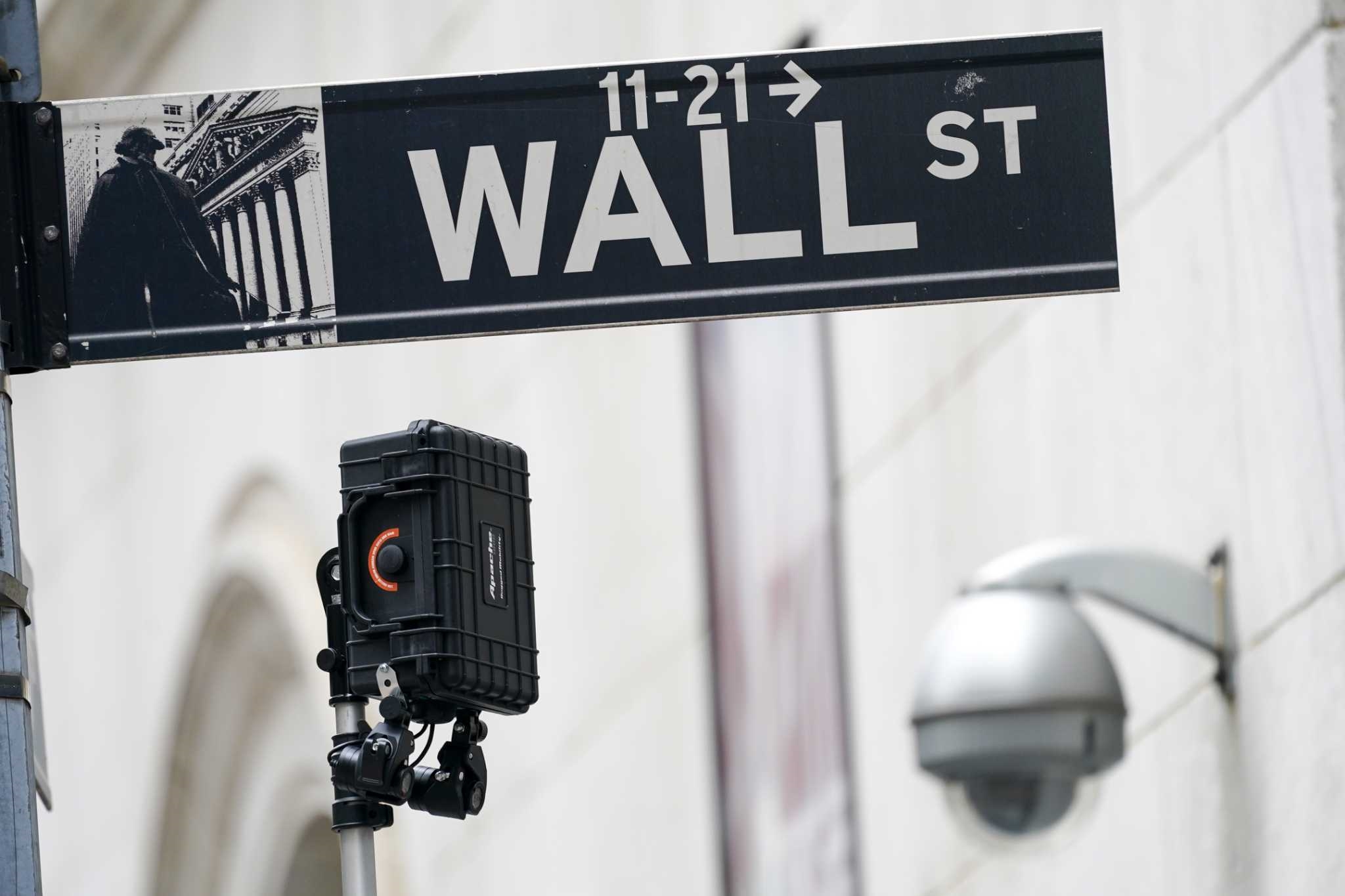 FILE – A Wall Street sign is seen next to surveillance equipment outside the New York Stock Exchange, Oct. 5, 2021, in New York. Stocks are opening lower on Wall Street Friday, Jan. 14, 2022 keeping the S&P 500 on course for its second weekly decline in a row.Mary Altaffer/AP

Stocks fell broadly in afternoon trading trading on Wall Street Friday, keeping the major indexes on pace for their second weekly decline in a row.

Banks were the biggest weight on the market. JPMorgan Chase slumped 6.3% for the biggest decline in the S&P 500 after reporting that its profits fell 14% in the latest quarter from a year earlier as its trading business slumped. Citigroup fell 1.8% after reporting its latest results.

A wide range of retailers and other companies that rely on direct consumer spending also fell following a weak retail sales report for December. Home Depot fell 3.8% and Whirlpool fell 5.2%.

Smaller company stocks took some of the heaviest losses, pulling the Russell 2000 index down 1%.

The Commerce Department reported that retail sales sank 1.9% in December after Americans cut their spending in the face of product shortages, rising prices and the onset of the omicron variant.

“That’s a lot of bad things to happen in a short amount of time in one of the strongest retail months of the year,” said Robert Cantwell, portfolio manager at Upholdings.

The disappointing retail report is the latest in a series of economic reports this week that has raised concern about inflation and its impact on businesses and consumer spending.

The Labor Department reported on Wednesday that consumer inflation jumped at the fastest pace in nearly 40 years last month, a 7% spike from a year earlier that is increasing household expenses and biting into wage gains. The government agency also reported on Thursday that prices at the wholesale level surged by a record 9.7% for all of 2021.

Rising prices have been prompting businesses to pass more costs on to consumers. Consumers have been pulling back on spending at department stores, restaurants and online as a result of higher prices and supply shortages.

Concerns over persistently rising inflation are also prompting the Federal Reserve to trim its bond purchases and consider raising interest rates earlier and more often than Wall Street had expected less than a year ago.

Trading news 0
KUALA LUMPUR, Jan 20 — Opposition MPs were up in arms today about whether