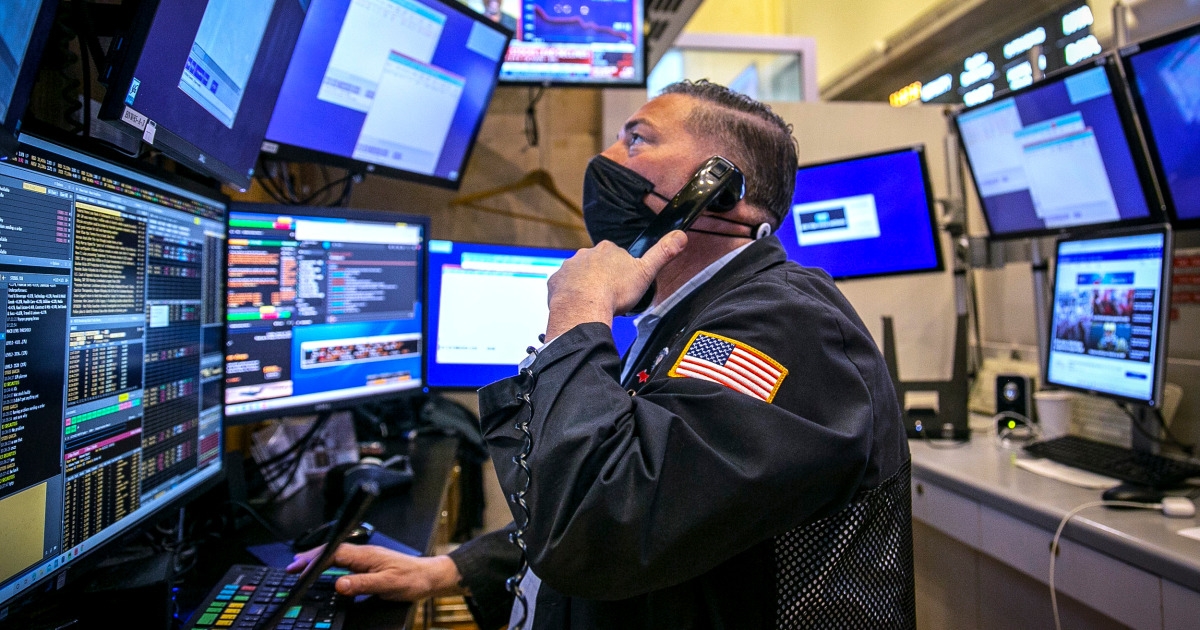 The stock market’s dip Monday introduced the term to many new investors for the first time. Here’s what it means.

Welcome to The Data Point, a series from the NBC News Data Graphics team that explains a slice of the latest news through charts and visuals.

The stock market has been bumpy in January, with the S&P 500 briefly sliding into what is considered “correction territory” Monday and causing Google searches to spike for the term “market correction.”

So what is a market correction, and is it the same as a market crash?

A market correction is an investing term for when the value of a stock or a bond or another security or index falls 10 percent or more from its most recent 52-week high. In the case of the S&P 500 index, as of Tuesday, its most recent high was 4,795.56 on Jan. 3. If the S&P 500 falls below 4,316.904, the index would be considered to be in “correction territory.”

A correction is not the same thing as a crash, which is a sudden, steep drop in prices. Although it’s possible for prices to crash into correction territory.

A market correction is fairly common: The S&P 500 has been in correction territory 18 times in the last decade. The term is used to convey where the market stands at any given moment.

Index values can swing throughout the day, so an index isn’t considered “in a correction” unless its final closing value for the day is below the 10 percent threshold. This is why the market isn’t yet in a correction, even though the S&P 500 dipped below the level briefly Monday before rebounding.

An index stays in correction territory for as long as values are 10-20 percent below its most recent high. That can be a matter of days, weeks or months. If the index closes below 20 percent, then it’s considered to be in a bear market, which is less common. The major indices have seen just one bear market in the past decade, at the beginning of the Covid-19 pandemic in March 2020.

On the other end of the spectrum, a bull market is when an index’s value is 20 percent or higher than its most recent low. The S&P 500 has been in a bull market since March 2020. Previously, the stock market enjoyed the longest bull market in history, from 2009 to 2020.

Corrections can happen even within a bull market. During the 11-year bull market, there were 15 corrections.

Nigel Chiwaya is a senior data editor for NBC News.