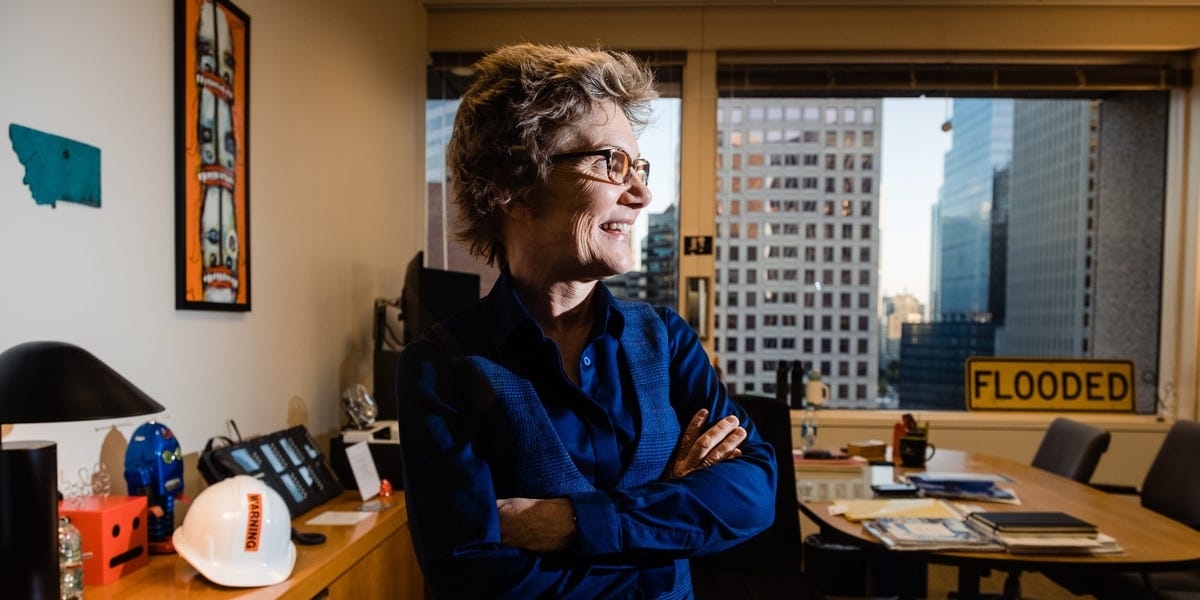 As the signs of an economic slowdown mount, investors have begun to expect that the Fed will stop raising rates in early 2023 and start cutting them again soon after in an effort to revive growth after it has squelched inflation.

Fed Chair Jerome Powell spurred those bets last week when he said it would likely be appropriate to slow the pace of rate increases in the coming months.

Yet Fed officials on Tuesday challenged the market’s view. San Francisco Fed President Mary Daly said the Fed is “nowhere near almost done” in a speech during a live LinkedIn interview with CNBC’s Jon Fortt.

She explicitly questioned the idea that the Fed will start cutting rates in 2023. “That’s a puzzle to me,” she said. “I don’t know where they find that in the data. To me, that would not be my modal outlook.”

Cleveland Fed chief Loretta Mester said she wants to see compelling evidence of a drop in inflation before the central bank can say it’s done, in a Washington Post live event.

“You wouldn’t want to conclude too quickly that inflation is on a downward path because of how high it is,” she said.

Speaking in New York, St. Louis Fed President James Bullard said the central bank would likely have to push rates to 3.75% to 4% by the end of the year. That’s well above investors expectations of where rates will peak, which is at around 3.4%, according to Bloomberg data based on futures prices.

The yield on the 2-year US Treasury note, which is the most sensitive to interest rates, jumped from around 2.85% as of Monday’s close to trade at around 3.09% Wednesday morning. Yields move inversely to prices.

“The Fed remains committed to ongoing rate hikes until the inflation data rolls over for a sustained period. That basic messaging hasn’t changed, even though the Fed looks forward to stepping down from 75 basis point rate hikes.”

Chevron icon It indicates an expandable section or menu, or sometimes previous / next navigation options.