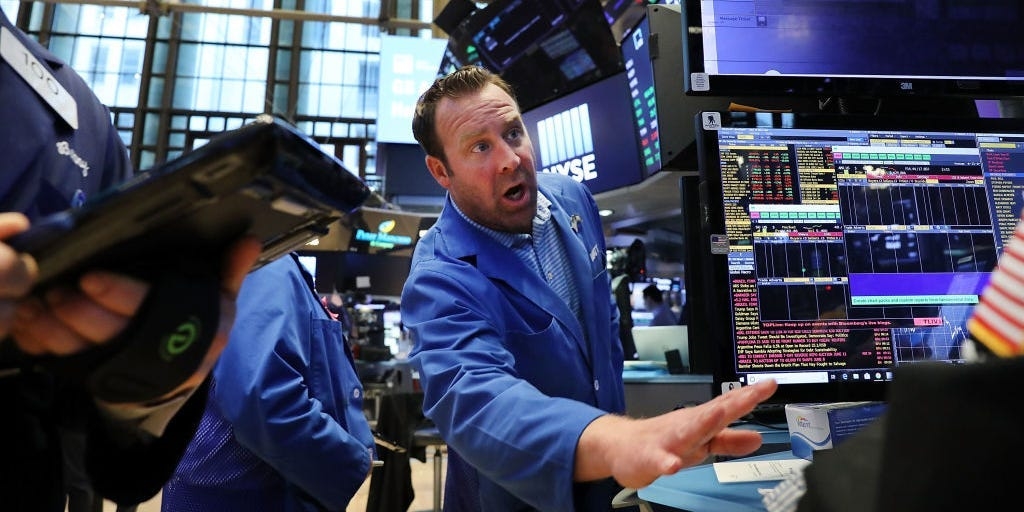 The S&P 500’s massive selloff during the week deepened this year’s correction for the broad index, and it’s likely to sink even lowers before finding a bottom and rebounding, according to Bank of America.

The bank’s chief investment strategist in a note Friday said investors will spend much of 2022 working through inflation, rates and recession shocks that should result in negative and volatile returns in absolute terms.

“Past performance no guide to future performance, but if it were, today’s bear market ends Oct 19th 2022 with S&P 500 at 3,000, Nasdaq at 10,000,” Michael Hartnett, chief investment strategist at Bank of America Global Research, wrote in the weekly “Flow Show” note.

Whipsaw trading action on Wall Street wasn’t far from investors’ minds as they exited the week. Stocks soared Wednesday after Federal Reserve Chairman Jerome Powell said the central bank wasn’t actively considering a large interest rate increase of 75 basis points, lifting the S&P 500 up by 3% and the Nasdaq Composite up 3.2%. The gains were wiped out just a day later, with rising bond yields pressuring equities, leaving the S&P 500 to lose 3.6% and the Nasdaq to slide 5%.

The “base case remains equity lows, yield highs yet to be reached,” Hartnett wrote.

Bond yields have marched up to multi-year highs, with bond prices sinking as investors prepare for the Federal Reserve to continue an aggressive run of interest-rate hikes to tamp down on inflation. The central bank is widely considered behind the curve in tackling inflation which in March accelerated to 8.5%, the fastest increase since December 1981. The April CPI report is due next week.

The 10-year Treasury note yield and the 30-year yield have risen past 3%, the highest since November and mid-December 2018, respectively, according to TradeWeb, a fixed-income trading platform. The S&P 500’s Information Technology sector lost roughly 4% this week, hit hard as higher yields can cut into the value of future earnings. Stocks are likely to come under more pressure as the Fed’s hawkishness stands to push up bonds yields further.

​Investors over the past nine months slowly priced in inflation and rate shocks but priced in “recession shock” too quickly. “[This] is a problem as stronger-than-expected economic data in H1’22 is causing market to price-in longer/bigger inflation/rates shock,” said Hartnett.

While equities have slumped, “paralysis rather than panic best describes investor positioning” this year said Hartnett, who said for every $100 into equities in the past year or so, only $3 has been redeemed.

For bear markets, the average price decline is 37.3% and the average duration is 289 days, Bank of America said in noting there have been nine bear markets in the past 140 years.

With those figures in mind, it worked out when investors could see the end of major bleeding from US equities.

The “good news is bear markets are quicker than bull markets,” said BofA.

Chevron icon It indicates an expandable section or menu, or sometimes previous / next navigation options.