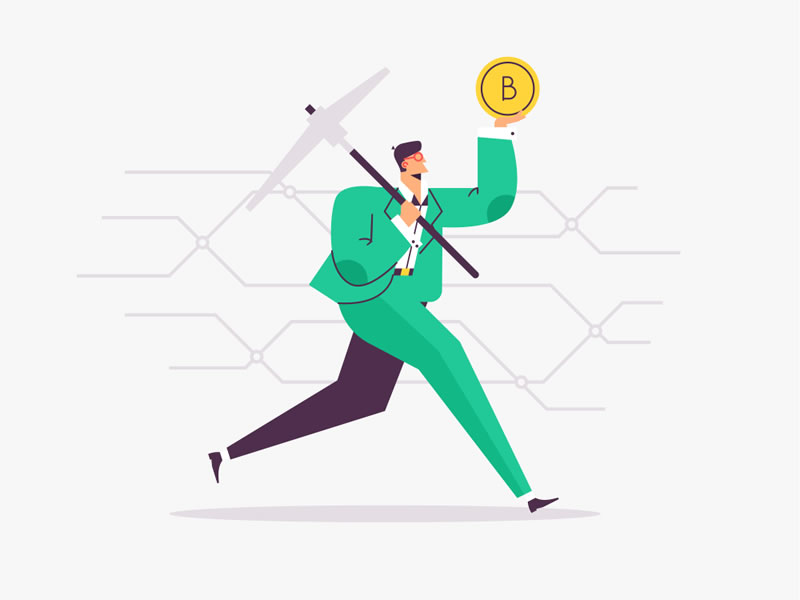 A slow march back to normalcy buoyed spirits on Wall Street on Tuesday as the floor of the New York Stock Exchange partially reopened since being closed more than two months ago, and investors focused on green shoots of economic activity and news on the race for a COVID-19 vaccine.

The Dow Jones Industrial Average vaulted 600 points at the opening bell in New York to climb back above 25,000 while the S&P 500 – a proxy for the performance of US retirement and college savings accounts – jumped 2.2 percent to sail back over the 3,000-mark.

US President Donald Trump, who has made his stewardship of the US economy a cornerstone of his re-election campaign, took to Twitter on Tuesday to highlight the benchmark indexes move upward.

“Stock Market up BIG, DOW crosses 25,000. S&P 500 over 3000. States should open up ASAP. The Transition to Greatness has started, ahead of schedule. There will be ups and downs, but next year will be one of the best ever!” Trump tweeted.

Economic activity is slowly stirring back to life with all 50 states partially easing lockdown restrictions. And evidence is building of a slight bounce in May.

“With some exceptions, lockdowns have not yet been eased significantly. But timely alternative data point to changes in people’s behaviour that could spur activity,” Ben May, director of global macro research at Oxford Economics wrote in a note to clients on Tuesday. “The Dallas Fed’s social distancing indicator suggests a peak in late April in the US. Apple and Google mobility data paint a similar picture for the US and other economies.”

On Wall Street, dozens of floor brokers returned to the NYSE on Tuesday after the floor partially reopened since being closed on March 23.

Though face masks served as a physical reminder of the changes wrought by the coronavirus pandemic and the health risks that hang over the slow return to business as usual, the focus was firmly on signs of a nascent bounceback in economic activity and the race for a vaccine.

Shares of Novavax Inc were trading 16.5 percent higher in early morning trading on Wall Street after the US biotech group said it had started phase one clinical trials of its COVID-19 vaccine candidate.

Big pharma giant Merck also announced it is jumping into the coronavirus space with two deals involving two separate vaccine candidates for COVID-19 and a deal linked to a possible treatment for the disease.

Shares of Merck were trading up 1.1 percent in early morning trading. A large update, involving both the mobile and desktop versions, has been installed in the R Trader multi-asset platform. The update provided users with a bunch of new options, and the desktop version now features the Calendar of Corporate Events, extended statistics of the client’s accounts, and 4 new indicators.

Mean Reversion belongs to the group of channel indicators. This means that on the chart it draws channels inside which the price moves and tries to forecast its behavior.

The last week of May will not be a calm time. There is no exact day of the end of self-isolation in Russia and the quarantine outside it; neither we know what that outer world has become like. This week, there is going to be much statistical data that may attract the attention of capital markets and a lot of geopolitical noise from the US and China, constantly angry with each other.

Today, I will tell you about my impressions from the Ilan 1.6 Dynamic robot. I will describe its idea and work principles, settings, effectiveness, testing, and optimizing. Of course, we will discuss the longevity of the expert advisor.

In this review, we will speak about choosing a timeframe for trading. This is an important part of your trading strategy.

Today, we will speak about one of the most popular Forex strategies called Alligator+Fractals. It was designed by a famous market psychologist and successful trader Bill Williams in the 20th century, however, it remains topical nowadays.

Today, I will reveal other aspects of risks in the sector of air transportation and give hints on how to make money on them; also, we already have the information about the income of airlines in the first quarter.

The crypto world keeps moving almost without a pause. While in the first half of May everyone was concentrated on the halving of the BTC, now investors may switch their attention to some other factors, which are no less interesting.

There are several ways of trading oil; an individual trader may choose from futures, CFDs, and options. Whatever type of contract you choose, you will have to analyze the chart of your asset and only then open a position: a buying one if you expect the oil to grow or a selling one if you think it will decline.

In this review, we will discuss a well-known trading pattern – the Gartley Butterfly. You may learn to find this pattern on the chart by yourself or use the ZUP indicator, specially created for finding and drawing the pattern on the price chart. Rise of the robots: Virus hastens the end of human traders

Machines have taken a major bite out of the trading business in recent years. Now, the coronavirus is threatening to finish off traditional human-to-human voice trading fast.

“The day of the voice trader is dead,” says Hugh Cumberland, a veteran of the industry. “People may cling, there may be some emotional attachment and people may hang on, but when we go back after all this and do the washing up, we’ll see that Covid-19 has accelerated that.”

In the past, professional investors executed trades by picking up the phone and talking to a broker — exemplified in raucous scenes on the New York Stock Exchange. The rise of speedy algorithms that can execute thousands of trades in fractions of a second has steadily chipped away at the practice, leaving humans to handle only custom or more complicated trades. Tougher regulations and cost cuts in recent years also dealt a blow to the traditional “high-touch” approach.

In place of the voice brokers, the industry has witnessed the rapid rise of cheaper, quicker and more efficient electronic platforms.

New rules in place at the NYSE, which re-opens today, include plexiglass barriers and limits that will chop the number of traders there by 75%. It’s another sign the coronavirus crisis will help speed up the trend.

“This period is going to accelerate changes that were already in place,” said Mark Pumfrey, chief executive for Europe, the Middle East, and Africa at Liquidnet, the electronic marketplace.

Liquidnet says it saw an 80% surge in volume in March, and its overall market share in Emea during the first quarter soared 45% compared to the same period in 2019.

Since the onset of the pandemic, record volatility has widened the gap in spreads — the difference between the price at which traders offer to buy, and the price at which they offer to sell — helping to send the cost of trading as much as 500% higher. This has lured investors to lower-cost alternatives.

One hedge fund trader said he typically pays about four to five basis points in commission for a transaction requiring a voice trader, versus about two basis points on an electronic trading venue. A basis point is equal to one-hundredth of a percentage point, but those fees can add up in a day of heavy trading.

The big Covid-19-led shift to working from home has hobbled voice brokers even more. Installing the clunky hardware that traders rely on at home is either prohibitively expensive — costing up to $10,000 for each trader — or it means replicating those systems with cheaper but less efficient alternatives, and raising challenging compliance issues, says Cumberland, who has advised Wall Street banks on efficiency and automation.

“Banks wouldn’t bat an eye” at kitting out a star trader with the same equipment they might have in the office, he said, but for others, they’re more likely to shift to electronic trading platforms.

“This is cheaper, it’s more efficient and it’s keeping the compliance people happy, why go back to the way it was?”

One trader at a large London hedge fund said that since the crisis, the firm is working less with voice brokers. “It seems weird to keep calling people at home,” he explained. Instead, his firm is relying more on internal algorithms for trades. Working with voice brokers still has the benefit of market colour, but it’s not enough to outweigh the ease of algorithms, he added.

Kevin McPartland, head of market structure and technology research at Greenwich Associates, said voice trading in some markets actually surged in March as highly volatile markets and a plunge in liquidity spooked investors into picking up the phone so they could speak with someone to close out orders. However, the trend is likely short-lived.

“It was an extraordinary month,” said McPartland, and unlikely to signal a “new normal”.

Automation and electronic trading will continue to grow their share of the market, he added.

The term electronic trading can mean a lot of things, including not only the execution of trades but clearing and settlement. While transferring a security to a counterparty on an electronic platform counts as electronic, for example, that transaction could also involve a voice trader who helps locate the buyer or seller. And scaling technology is easier for products that are more standardised.

Since electronic market maker Virtu burst on the equity trading scene in 2008, there’s been an explosion of new trading platforms among a variety of asset classes, some of which employ no human traders at all.

The market shift towards electronic trading was well underway before the pandemic. While it can differ greatly by asset class, global investor usage of electronic trading in currencies, cash equities, government and high-yield corporate bonds ticked up from 2015 to 2017, according to a Securities Industry and Financial Markets Association report.

Sifma, citing a Greenwich survey, said 79% of total currency volumes were executed electronically in 2018, up from 43% in 2007. Total global electronic buying and selling of cash equities is at about 80% of the total, the report said, this time citing the Bank of International Settlements.

Meanwhile, there are signs human trading is dwindling. Research firm Coalition found that revenues from equities trading brokered by human intermediaries at major banks plunged 48% from 2015 to 2018.

Even before the virus struck, the trend was away from high-touch voice trading. Regulation and the need for transparency has made investors more cost conscious versus the relationship-based trading of the past.

In Europe, Mifid II regulations have also supercharged the electronification of markets, by forcing banks to prove they endeavoured to get the best price possible for clients.

Some market participants expect the market will eventually be divided between low-cost electronic platforms and voice brokers that work with more complex trades.

But even there, electronic platforms are catching up. MarketAxess’s global head of trading automation Gareth Coltman said that big investors are becoming less wary of trading giant quantities of bonds on the platform — with single trades as large as $250m. That was unthinkable even a few years ago, he said. MarketAxess posted record sales and profit in the first quarter.

“In the old days, we would spend ages talking back and forth, trying not to show our hand,” he said. “It just shows you how irrelevant we are” that trades can be conducted electronically, he said. He added: “Liquidnet is the future already — I go on their careers page looking if there are any roles for me.”

To contact the author of this story with feedback or news, email Trista Kelley

Trading news 0
The Metallic Nanoparticles Research Report 2021 is an accumulation of direct data, subjective and quantitative

Trading news 0
Agricultural Biotechnology Market was valued at USD 35.6 Billion in 2018 and is projected

Trading news 0
The global external pacemaker market is segmented into end-users such as hospitals, cardiac care