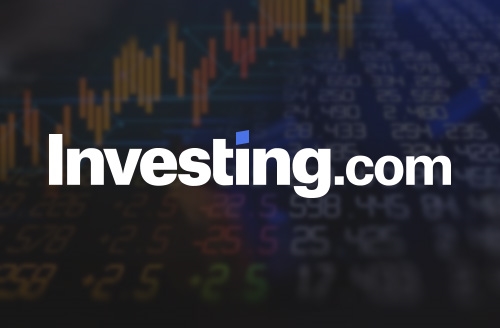 Every asset class has been on a rollercoaster ride as investors are watching central bankers all around globe tighten monetary policy to fight inflation. Financial conditions are starting to tighten and the risks of slower growth are accelerating.

The focus for the upcoming week will naturally be a wrath of Fed speak and the latest US CPI data which is expected to show inflation decelerated sharply last month. A sharper decline with prices could vindicate Fed Chair Powell’s decision to remove a at the next couple policy meetings.

A close eye will also stay on energy markets which has shown traders remain convinced that the market will remain tight given OPEC+ will stick to their gradual output increase strategy and as US production struggles to ramp up despite rising rig counts. Energy traders will continue to watch for developments with the EU nearing a Russian energy ban.

Market volatility following the won’t ease up anytime soon as traders will look to the next inflation report to see if policymakers made a mistake in removing even more aggressive rate hikes off the table over the next couple of meetings.

The April report is expected to show further signs that peak inflation is in place. The reading is expected to decline from 1.2% to 0.2%, while the year-over-year data is forecasted to decrease from 8.5% to 8.1%.

The report comes out the next day and is also expected to show pricing pressures are moderating. On Friday, the report for the month of May should show continued weakness.

The upcoming week is filled with Fed speak that could show a divide from where Fed Chair Powell stands with tightening at the June and July meetings.

On Tuesday, Fed’s , Barkin, , Kashkari, , and Bostic speak. Wednesday will have another appearance by Bostic. Thursday contains a speech from the Fed’s . On Friday, Fed’s and Mester speak.

The Bank of England delivered a at this week’s meeting. This brings the benchmark rate to 1.00%, its highest since 2009. At the same time, the BoE painted a grim economic picture at the meeting, as it revised its inflation forecast to above 10% and warned of a recession.

The UK releases for Q1 on Thursday. The consensus estimate stands at 1.0% after a 1.3% gain in Q4 of 2021. A loss of momentum in the economy could mean a contraction in the second quarter, raising the likelihood of stagflation.

The only new data in the GDP report will be the March figures, as January and February were already published. The estimate for March is for a flat reading, after gains of 0.1% in February and 0.8% in January.

The Russia/Ukraine war and the sanctions against Russia have dampened economic activity in the eurozone. Germany, the largest economy in the bloc has been posting weak numbers as the war goes on. With the EU announcing it will end Russian energy imports by the end of the year, there are concerns that the German economy could tip into a recession.

On Tuesday, Germany releases ZEW Survey Expectations, which surveys financial professionals. is expected to decline to -42.5 in May, down from -41.0 in April.

On Friday, the Eurozone releases for March. The Ukraine conflict has exacerbated supply line disruptions, which is weighing on industrial production.

The sharp drop in (-3.9%), suggests that the Eurozone release will also show a contraction. The March estimate is -1.8%, following a gain of 0.7% in February.

Russia’s inflation has been accelerating sharply since the invasion of Ukraine. In March, rose to 16.7% (YoY) and is expected to climb to 18.1% in April.

The driver behind the sharp upswing has been Western sanctions, which have reduced the availability of consumer imports and key components for domestic products.

CPI is expected to continue to climb in the coming months.

China releases its on Monday and on Tuesday. Both have downside risks given the disruption to business and the collapse in property sales and sentiment due to the COVID-zero policy.

Restrictions continue tightening in Beijing and the COVID-zero policy has become the biggest headwind to a China recovery. The government reaffirmed its commitment to the policy Friday, sending lower.

Additionally, US-listed China stocks face new delisting risk from US regulators that is weighing on Hong Kong markets especially, where most dual listings live. Negative headlines around COVID-19 or US delisting over the weekend could send China equities sharply lower into the start of the week.

and have now risen from 6.4000 to 6.7000 in just two weeks. The PBOC remains comfortable at this stage, being a back door stimulus to manufacturers. The PBOC USD/CNY fixing will be the key indicator as to whether the authorities have said yuan depreciation has gone far enough.

The Reserve Bank of India sprung a on markets this past week, sending the lower while providing some support to the temporarily.

India’s inflation release on Thursday will be this week’s key risk event. If the data comes in above expectations at 7.30%, expectations will rise of a faster more aggressive hiking cycle from the RBI which was quite hawkish in its guidance after the hike.

That will send Indian equities sharply lower once again, while possibly mollifying the impact on the INR from a rampant .

Markets, especially currency markets, could face liquidity issues and see sharp moves if the weekend news wire is heavy as Australia and Japan will be the only two major centers open.

has downside risks and the , upside risks this week. The cost of living has become the central issue in New Zealand at the moment and a high FPI will heap pressure on the RBNZ to accelerate rate hikes as the economy starts to show signs of stress elsewhere.

has traded very heavy in past two weeks as investors price in a hard landing and an RBNZ behind the curve, and as risk sentiment sours internationally. NZD/USD is closing at the week’s lows and could test 0.6200 this week.

Japan releases a raft of second tier data this week. The and JGB auctions will be closely watched, if only for signs of poor cover ratio given the BOJ JGB intervention and weakening yen.

The center of attention will remain the as the widens. USD/JPY could well test 135.00 in the week ahead if the negative sentiment sweeping markets on Friday spills into next week.

Higher oil prices will also weigh on the yen. We expect the noise to increase from Tokyo, but little chance of USD/JPY intervention at these levels.

prices are steadily rising as the EU is making progress towards its Russia oil sanctions ban. The oil market will remain tight going forward now that OPEC+ is set on delivering meager output increases and as US production struggles despite .

China’s COVID situation might not be improving anytime soon and now that the data is showing the impact of business restrictions is more widespread than just to Shanghai and Beijing, oil will remain a volatile trade going forward with most of the fundamentals still pointing to higher prices.

Just when seems to be showing signs it is getting its luster back, the bond market says ‘not so fast’. Gold continues to struggle in this current environment of surging global bond yields and that might last a little while longer as some central banks for the purpose of defeating inflation might be willing to send their respective economies into a recession.

Gold’s awful few weeks of trade has seen a collapse of the $1900 level and that should prove to be key resistance now. If the bond market selloff accelerates and the dollar surges, gold could be vulnerable to a drop towards $1835, and if that does not hold, $1800 might be targeted.

Confidence in crypto markets is waning after tumbled below the $37,000 level following the surge in global bond yields. If risk appetite does not return, Bitcoin could be vulnerable to a significant drop towards the $30,000 level.

Choppy trading between $35,000 and $40,000 could be where Bitcoin settles if Wall Street does not price in much more tighter monetary policy by the Fed.