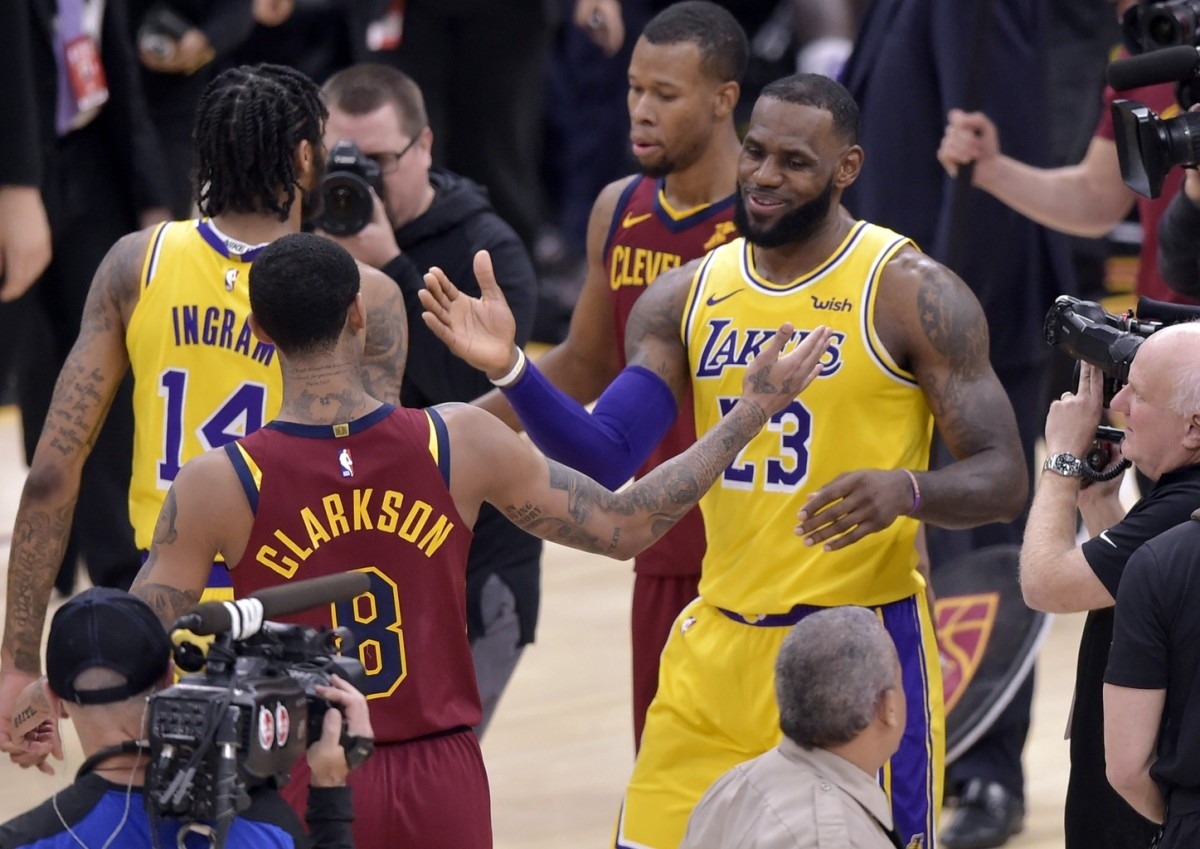 While the 2023 NBA season is still 45 days away from September 3, there is still a lot that could happen before the new season kicks off.

Now that the Jazz have traded away Mitchell and (earlier in the offseason) Rudy Gobert, they are pretty much in a rebuilding mode.

Those were their two franchise cornerstones that they had built everything around.

That leaves veterans such as Mike Conley, Jordan Clarkson and Bojan Bogdanovic as players who could be on the move.

All three players are at least 30-years-old, and are players that would be better suited on a team who is trying to win an NBA Championship.

According to Jeff Zillgitt of USA Today Sports, the Los Angeles Lakers “have some interest” in those three players on the Jazz (h/t NBA Central).

Zillgitt: “The Lakes have some interest, I’m told, in the Jazz vets who could be traded (Mike Conley, Jordan Clarkson, Bojan Bogdanovic). But the Lakers also want to preserve cap space for next summer and aren’t that interested in taking contracts beyond 2022-23. Bogdanovic on expiring. There will be some chatter about a Westbrook/first-rounder for Conley, but Conley’s deal is through 2023-24, albeit partially guaranteed. Clarkson has player option for 2023-24.”

Mike Singer of the Denver Post also confirmed he has heard that the Lakers are a team who could be interested in veterans on the Jazz.

Singer on Friday: “Have checked with numerous people today re. who might be interested in Jazz vets, and one team has come up multiple times: the Lakers.”

For the Lakers, it would make sense that they would be interested in veterans who can help them next season.

Last year, the Lakers went just 33-49 and missed the NBA Playoffs with a roster that featured Anthony Davis, Russell Westbrook and LeBron James.

They are built to win an NBA Championship right now, and any one of those three veterans on the Jazz could be a good complement to James and Davis.

For the Jazz, there is no sense in holding on to them, so even if it’s not the Lakers, it would not be surprising at all to see at least one of them traded before the season begins.

All three players are at least 30-years-old, and are players that would be better suited on a team who is trying to win an NBA Championship.