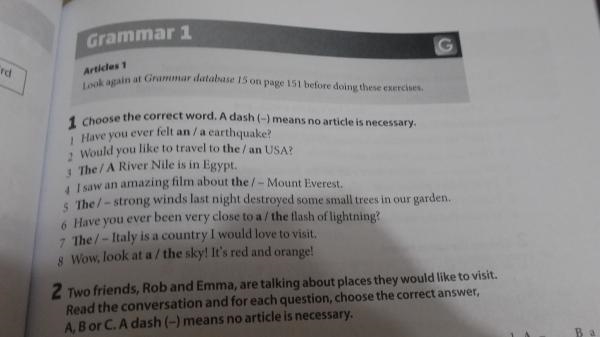 Katherine Dee, also known as Default Friend, isn’t even her “day job name.” That begins with Katya, she said in an interview with CoinDesk at Consensus in Austin, Texas.

Dee is something of an internet anthropologist, someone who dives deep into the subcultures that form on social media, message boards and in private digital channels. She’s studied the “new right,” ex-Mormons, accelerationists, the “proana” (pro-anorexia) community, incels and then some. The deepest corners of the web deserve to be understood and documented, she said.

“Internet culture is just culture at this point,” she said.

Lately, she’s turned her attention to the crypto scene. Like the digital asset industry – which is both a subset of the larger economy and attempt to rebel against a financial system backed by fiat – crypto culture is its own thing and also part of something larger.

There’s energy here – clearly on display in the halls of the Austin Convention Center, where mustachioed men with mohawks mingle with women in powersuits. Another dimension of the crypto industry largely exists only online: the bevy of builders, investors and influencers who pick their own names.

See also: Many Bitcoin Developers Are Choosing to Use Pseudonyms

Crypto has a unique relationship with pseudonymity, it’s not only tolerated but celebrated. Because so much of blockchain is about changing our notion of trust, people who are able to build reputations from the ground up show how meritocracy is supposed to function.

Crypto is open for all to use – even if you’re a “wassie.”

CoinDesk caught up with Default Friend to discuss the history of “alts,” why true anonymity is so hard and why so many people claim to have dissociative identity disorder on TikTok.

How did you get interested in pseudonymity as a research topic?

Actually, the topic was suggested to me but it’s something of a recurring theme in internet history. So it sort of flowed nicely with stuff I was already doing.

Do you consider yourself to be like an internet historian?

Historian…well. I don’t even really know what I am. My beat, if there is one, is internet history and internet culture. I sort of “memed” myself into becoming a journalist. I published a lot.

Why do you think web culture is a beat worth covering?

It’s the water that we swim in. For the longest time things have happened on the internet outside of academia – if it was covered in the media, it would be a trend piece but wasn’t taken very seriously. Sometimes subcultures were labeled as dangerous, or whatever, if it was politically expedient.

But it influences our whole lives. Internet culture is just culture at this point. There’s no real differentiation – its culture spins out online into the physical world.

Do you think there’s a danger of falling into the communities that you’re interested in – that you cover and analyze?

I mean, some of them I don’t think I would fall into and other ones would keep me out even if I did. I don’t think they’d want me to be part of the club.

I wouldn’t want to be part of any club that would have me. The funny thing is – I remember someone once said to me, “nobody knows who she is. She’s so overnight.” It’s like, you may not know who I am because I was under an anonymous [identity] for the past 10 years. I wasn’t advertising I was a woman, I definitely wasn’t going by my legal name, I wasn’t going my “Default” brand – so Katherine Dee and Default did come overnight. I just changed my handle.

You’ve argued that true anonymity is impossible online. Why is that?

It’s really difficult to remain truly anonymous for a lot of reasons.The technical hoops you have to jump through make it hard, but also like you release so much personal information by just the things you say. There’s so many clues you give away as to who you might be. For a person who isn’t super paranoid, doesn’t have pristine OpSec (operational security) doesn’t realize what counts as identifying information.

For example, someone’s “y’all” – if it flows naturally and seems actually part of their vocabulary – that says something about that person. Terminology, technical information – those can be revealing details.

In terms of data leakage, have you ever looked into who [Bitcoin creator] Satoshi Nakamoto might be?

CoinDesk respects alts in our articles, and won’t publish someone’s real name without significant justification. At what point does a pseudonym become a public person and the needs of society are greater than the desires of pseudonymous people?

I also understand that a lot of people have doubts about law enforcement. What underpins a lot of doxxing is a desire for vigilante justice, but there’s so many competing values. It’s really telling that we think of doxxing often in terms of public shaming, and not really about protecting people.

I learned recently that the United States has really robust laws protecting pseudonyms. And the burden of proof for saying someone is a danger and that there’s a legitimate demand to reveal their identity is really high. I think that’s why doxxing happens because your only choice really is this, like, mob justice.

See also: Ukraine To Use NFTs to Save Its Cultural ‘DNA’ Amid Russian Invasion

There’s always pros and cons. The cons are that there are instances where someone might have dangerous or unsavory political beliefs, but it’s just something they do in the privacy of their own home. I won’t want to be friends with that person, but I don’t know if it’s my business to ruin their life because I find their values suspect.

That’s an interesting framing – ruining someone’s life. As someone who writes under a few different alts, are these characters an extension of yourself?

For me, it’s more like compartmentalizing different parts of my identity. It’s been a long time since I’ve experimented with my identity online. You know, when someone Googles my “day job name,” ideally, I want only generic tech stuff to come up. My day job name has been released so many times because people are sort of angry that I don’t write anything controversial. There’s Katherine Dee the, like, journalist, and then Default Friend. The two have become sort of blended recently.

There’s so many reasons why people use alt names, if they don’t want to associate ideas with their everyday, tax-paying identity. And it can be pretty mundane. Lewis Carroll, was a mathematician or something, and he also wrote “Alice in Wonderland.” He used a pseudonym partially because he wanted his literary work not to be mixed in with his academic work.

Do you think the internet complicates identity?

What’s most surprising to me is that the idea of a fixed identity is actually actually fairly new – it’s from the digital. You’d think the opposite. But there’s a lot of pressure now to like jumble your whole identity into one identifiable character. We think the internet allows us to have many different identities – like on social media – but it really, really doesn’t.

What do you think of the trend on TicTok of people claiming that they have dissociative identity disorder?

That’s a weird one. It might be a product of wanting to have multiple lives, wanting to experiment with multiple identities and struggling to integrate it. So you think that there’s many different people inhabiting you.

Do you think it’s possible to ever know who you are?

I don’t really know what that means. I think you can know certain things about yourself.

This story originally appeared on Coindesk